Photographer Ruth is talking at library 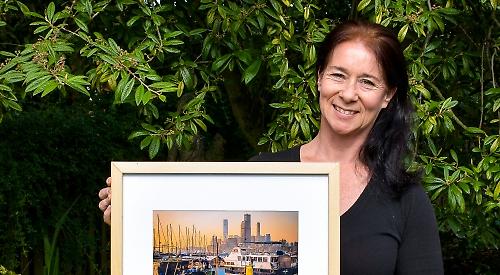 AN award-winning landscape photographer who has staged a number of exhibitions at Watlington Library is returning to give a talk about her work.

Ruth E Morris will be speaking about “The Art of Landscape Photography” at the High Street venue next Friday (March 8) at 8pm.

Having previously lived for half the year in Sonning Common and the other half in Hong Kong, the autumn of 2017 saw Ruth exhibit a number of her images from the Far East, having in 2016 shown a selection of images that she had taken in and around Watlington itself.

Her most recent exhibition, which opened in October, was titled “Oxfordshire Landscapes”.

Anna Tilley, the chairman of the Friends of Watlington Library, which has organised the event, said she hoped the occasion would also serve as the launch of a Watlington photography competition — with the winning images being used in a calendar that could be sold to raise funds for the library.

Next week’s event will be followed on Friday, March 22, by a talk by local
up-and-coming filmmaker Olly Williams, whose latest work was shot entirely on his smartphone.

His background as a production designer in commercials, film and theatre comes through strongly in his work and saw his 2015 short film The Fly nominated for the European Sogni Award.

On the commercial front, he has worked on campaigns for brands including B&Q, O2, Doritos, Cancer Research and National Express.