Painting remains a symbol of hope 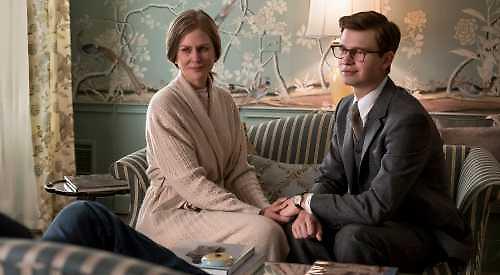 BASED on Donna Tartt’s Pulitzer Prize-winning novel published in 2013, The Goldfinch is a whirlwind of loss and redemption.

The American drama follows a child reeling from the death of his mother in a terrorist attack down the dark path of art forgery.

Theodore Decker, played as a boy by Oakes Fegley, is only 13 when his mother is killed in a bombing at New York’s Metropolitan Museum of Art.

She was showing him a painting of a goldfinch chained to its perch.

Amid the chaos, Theo steals the painting and it becomes a symbol of hope throughout the film.

Adult Theo, played by Ansel Elgort, is a complex role to fill. Although the positive influence of his mother remains with him, the challenges he faces ensnare him into the shadier depths of crime and substance abuse.

All the while, he is trying to blend in among his peers and the Upper East Side family that fosters him. He is also not known to be the most reliable narrator.

However, we hope the role is in safe hands, with Elgort’s recent notable performances including the cool-headed yet electrifying star of Baby Driver and the heartbreaking Gus in The Fault in Our Stars.

The film also stars Nicole Kidman as an upper class socialite who welcomes Theo into her home, and Jeffrey Wright as his mentor.

Donna Tartt’s emotional and complicated novel has set the standard high and so the pressure is on for the Irish film director, John Crowley, to do it justice.

His debut feature, the 2015 period drama, Brooklyn, was nominated for three Oscars.

In its print form The Goldfinch is well over 700 pages long, so fans of the book may have to expect a slightly trimmed adaptation.

But with a screenplay by Peter Straughan, who previously adapted Tinker Tailor Soldier Spy, they know they are in safe hands.

Cinematographer Roger Deakins is responsible for the film’s delicate colour palette, which makes you feel like you are stepping into a painting. He was also behind the visuals of Blade Runner 2049. Meanwhile, the gentle indie-rock soundtrack gives the film an eerie quality.

The Goldfinch, which premiered at the Toronto International Film Festival on September 8, is showing at the Regal Picturehouse from today (Friday).