‘Terminal’ dilemma has no right answer 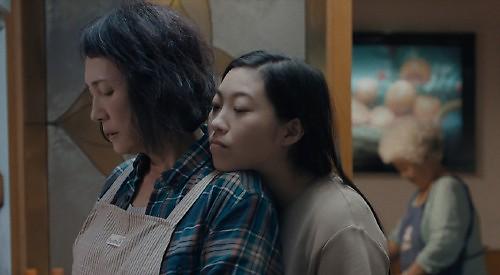 WHAT would you do if you learned that a close relative had a terminal illness — but they weren’t themselves aware of it?

That’s the dilemma facing the characters in a new US comedy-drama that has been making waves with audiences and critics alike.

Written and directed by Lulu Wang, The Farewell won the audience award at the 2019 Sundance London film festival in June, having picked up the equivalent award at the Atlanta Film Festival earlier in April.

The film is based on a story called “What You Don’t Know” that was initially shared by Wang on US radio programme This American Life.

In The Farewell, a headstrong young Chinese-American woman returns to China when her beloved grandmother is diagnosed with terminal lung cancer.

As played by Awkwafina (Ocean’s 8, Crazy Rich Asians), the film’s heroine Billi Wang struggles with her family’s decision to keep grandma in the dark about her own illness.

Known to the family as Nai Nai, Billi’s grandmother is predicted to have only a few months left to live.

Through deception and the manipulation of medical test results, Nai Nai is told that her recent visits to the doctor have only revealed benign findings.

But at the same time the planned wedding of Billi’s cousin Hao Hao provides the family with a pretext to be reunited with Nai Nai one last time.

Fearing that Billi would end up exposing the lie to her grandmother, her parents tell her to remain at home in New York.

But in a guilt-ridden break with tradition she disobeys them and flies out to Changchun, arriving shortly after the rest of the family.

Billi assures her parents that she will not reveal the true diagnosis to Nai Nai, but as the wedding celebrations get under way her good intentions will be put to the strictest test.

The film benefits from the cinematography of Anna Franquesa Solano, whose visual reference points included Force Majeure (2014) and Still Walking (2008).

However, in a mark of the film’s autobiographical and true to life feel, Solano told an interviewer that her main source of inspiration came from spending time with director Lulu Wang’s real-life family in Changchun during pre-production.

The Farewell is showing at the Regal Picturehouse cinema from today (Friday).