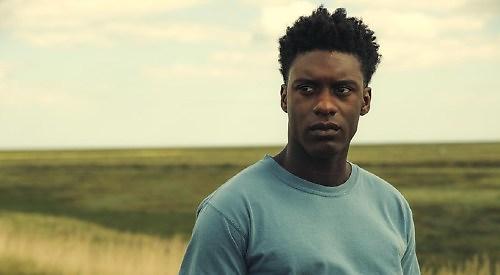 A COMING of age story that moves between rural Lincolnshire and inner-city London, The Last Tree looks set to draw comparisons with 2016’s Moonlight and 2014’s Girlhood.

Written and directed by Shola Amoo, the film introduces us to Femi, a British boy of Nigerian heritage who when we meet him is enjoying a childhood as idyllic as the rolling countryside all around.

Watched over at home by his doting foster mother Mary (Denise Black), Tai Golding fills the scuffed shoes of 11-year-old Femi, who shares a close bond with a group of football-playing friends.

The steady rhythm of Femi’s rural life, however, is abruptly cut short by the arrival of his Nigerian birth mother, Yinka (Gbemisola Ikumelo), who has decided to reclaim her son and bring him home to south London to begin a new life together.

The seismic shift in Femi’s surroundings forces him to form a thick skin fast, as his unfamiliar council estate dwelling and new school shakes loose any sense of identity that he held in Lincolnshire.

Most vivid amidst the mayhem is Femi’s complex and evolving relationship with Yinka.

Amoo purposely leaves the reasons for Femi’s fostering elusive, but through Ikumelo’s textured performance we see a woman who has endured hardship and now clutches, frustrated but determined, at whatever loose spools tie her to her estranged son.

Struggling with the unfamiliar culture and values of his new environment, and with the lack of emotional bond with his mother, Femi hardens himself to adapt and forges ahead in a brazen attempt to build his own identity.

The arrival of older Femi — Sam Adewunmi, who matches Golding’s disarmingly sincere screen presence scene for scene — weaves further strands into an already dense and fascinating narrative. A surly street-smart teenager who still secretly listens to The Cure, Femi does what he can to stay afloat in his surroundings, which are captured by cinematographer Stil Williams’ outstanding camerawork.

The Last Tree will go on to be a beautiful chapter in British film culture that captures exactly what it means to feel adrift in a society that was never designed with you in mind.

Amoo does exceedingly well at finding magic and hope in his story, without ever muddling the messages that evolve with Femi’s trajectory.

It’s an astute and lovingly crafted fictional debut, and a hopeful entry into a new era of British film-making.

• The Last Tree is showing at the Regal Picturehouse cinema from today (Friday).