Wedding has a dark mystery at its heart 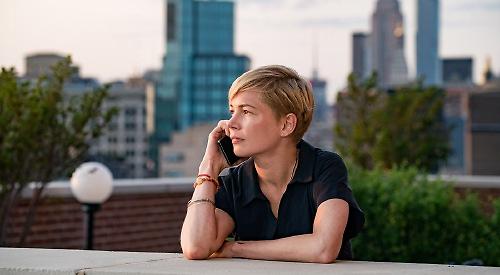 WEDDINGS are occasions filled with love, happiness and the occasional embarrassing speech, but have you ever been to one with a mystery at its centre?

That’s the enticing premise of After the Wedding, a sophisticated female-led film that wowed audiences at the London edition of this year’s Sundance Film Festival.

The film is based on the 2006 film of the same name by the Danish screenwriter and director Suzanne Bier, which was nominated for the Oscar for best foreign language film but lost out to The Lives of Others.

This time around, however, the film has two female protagonists at its centre.

Michelle Williams stars as Isabel, the founder of an orphanage in Kolkata, who reluctantly agrees to fly to New York to meet Theresa (Julianne Moore), a wealthy CEO and potential benefactor.

Out of the blue, Isabel is invited to Theresa’s daughter’s wedding, but is shocked to realise that Theresa’s husband Oscar (Billy Crudup) is a figure from her past, connected to a very painful memory.

What happened between Isabel and Oscar? And what are Theresa’s intentions?

The days following the wedding offer up explosive revelations that will change the lives of those involved for ever.

This intricate story boasts two of the finest actors of their generation, crafting characters that create a fascinating contrast.

We first meet the humble Isabel, whom Williams portrays as a person devoted to her cause at the expense of her personal life and who is taken aback by the relative success she finds in New York.

Moore by contrast is a force of nature as Theresa, a high-powered executive with a million things on her mind, but who always seems to have a plan.

It’s a pleasure to watch the two together on screen, particularly as their characters begin to unravel during the film’s many twists and turns. Their reaction to each revelation enables the performances to affect you in a different way.

Moore’s emotional whirlwind is just as powerful as Williams’s restrained devastation. Neither character is what they seem and being initiated into their dark secrets is the film’s greatest pleasure.

Sure to elicit more than a few gasps from audience members, After the Wedding is the type of film that stands up to being pored over and discussed long after the credits have rolled.

Following a summer of noisy blockbusters, this is an intelligent, human story where the cast are the true special effect.

• After the Wedding is showing at Henley’s Regal Picturehouse cinema from today (Friday).