Leading man’s back behind the camera 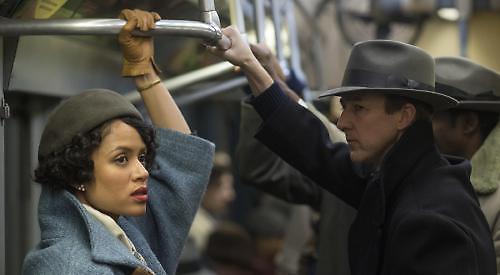 IF some leading actors always seem to play the same type of role, others are the polar opposite.

Edward Norton has straddled the line between successful movie star and a risk-taking, deep-diving actor who always wants to keep surprising his audience.

Having picked up an Oscar nomination for his very first film, 1996’s Primal Fear, playing a murder suspect who is always one step ahead of everybody else in the twisty crime drama, he has continued to earn our attention.

Now Norton is back on Oscar voters’ radar with his second film as a director, Motherless Brooklyn, adapted from Jonathen Lethem’s 1999 novel and transplanted to Fifties New York in an adaptation that Norton has himself written the screenplay for.

Lionel Essrog (Norton) is a man whom the world has always underestimated. Afflicted with Tourette syndrome, he works for private detective Frank Minna (Bruce Willis).

When Frank is killed on his latest assignment, it’s down to Lionel to piece together the elements of the puzzle — a quest that takes him into a world of dive-bar jazz musicials, radical political protesters and, most of all, ruthless city planner Moses Randolph (Alec Baldwin), who stands to enrich himself in the name of slum clearance.

It’s no disrespect to Norton’s previous film as a director, 2000’s Keeping the Faith, to say that nothing could prepare audiences for the huge leap in storytelling and film-making ambition that Motherless Brooklyn represents.

Working with a crack creative team, including cinematographer Dick Pope and editor Joe Klotz, Norton plunges into a vividly realised realm of political turmoil and civic corruption, along the way connecting with an activist (Gugu Mbatha-Raw), whose presence finally unravels the mystery and ties together all the plot strands.

Norton the actor has never shied away from physical and vocal mannerisms in his work, so it’s a mark of the rich texture of his craft that Lionel as a character very quickly transcends the tics and mannerisms of his condition, winning deep audience engagement as he reveals more and more of his subtle intelligence, quiet courage and profound human empathy.

What emerges is a cracking private eye drama that’s just as adept at keeping us guessing as it is at developing our investment in its characters.

• Motherless Brooklyn is on general release from today (Friday).