Alcott’s sisters tell a story for the ages 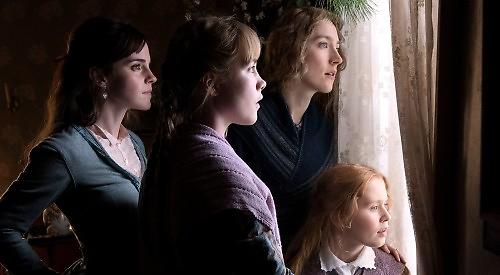 WHETHER you see yourself as a Jo, an Amy, a Meg or a Beth, from the opening pages of Little Women — Louisa May Alcott’s cherished 19th century novel — you feel at home, safe in the company of the steadfast March sisters.

An internationally loved tale of four siblings and the people whose lives they touch, Little Women quickly sold out its initial print run of 2,000 in 1868.

The novel gave hope to generations of creative and curious girls (and boys) as it implored its readers to keep going.

One of those inspired girls was Greta Gerwig, an actress turned film-maker whose 2017 directorial debut Lady Bird was an Oscar-nominated indie box office triumph.

The story of Jo March, Little Women’s heroine, resonated with Gerwig. She identified with the strong-willed writer who wanted a life of freedom for herself and her family.

Gerwig began adapting the book into a screenplay, before pausing to develop the loosely autobiographical Lady Bird.

She then resumed the project and brough over her Lady Bird star Saoirse Ronan, as Jo, and her onscreen counterpart, Timothée Chalamet to play her best friend, Theodore “Laurie” Laurence.

The book has been adapted for film many times, of course.

In 1933, Katherine Hepburn took on Jo’s windswept locks; Elizabeth Taylor and Janet Leigh played Amy and Meg in the 1949 version; and in the Nineties a cast featuring Kirsten Dunst, Claire Danes and Winona Ryder portrayed the March girls.

What sets Gerwig’s interpretation apart is its authenticity. When her characters speak, it’s without the clipped pronunciation often associated with a period drama, instead opting for natural performances that feel fresh and relatable today.

Gerwig used photographs from the time to help assemble the March sisters’ costumes, and shot on location in Massachusetts, even using the school where Alcott’s father taught.

Together with cinematographer Yorick Le Saux, Gerwig tries to capture the earthy New England landscapes from which the sisters would draw their artistic inspiration.