War film draws us in — in real time 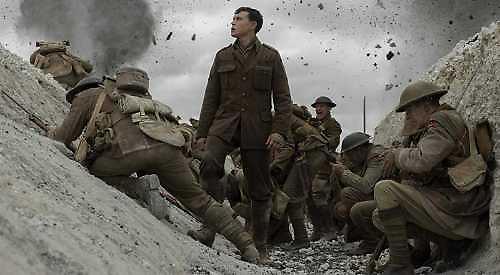 IT was called the war to end all wars — and there have been no end of films made about it ever since.

Everyone will have their favourites, but Sam Mendes’s 1917 promises to be as immersive an insight into the First World War as anything we have yet seen.

The film, which the director and producer
co-wrote with Krysty Wilson-Cairns, is based in part on an account told to Mendes by his paternal grandfather, Alfred Mendes.

At the height of the First World War, during the spring of 1917 in northern France, two young British soldiers, Schofield (George MacKay) and Blake (Dean-Charles Chapman), are given a seemingly impossible mission to deliver a message warning of an ambush during one of the skirmishes soon after the German retreat to the Hindenburg Line during Operation Alberich.

The soldiers race against time, crossing enemy territory to deliver the warning and keep a British battalion of 1,600 men — which includes Blake’s brother — from walking into a deadly trap. The pair must give their all to accomplish their mission and aid the survival of their fellow Tommies.

Filming took place from April through June 2019 in Wiltshire, Hankley Common and Govan, Scotland, as well as at Shepperton Studios.

Under the supervision of cinematographer Roger Deakins, this was accomplished with long takes and elaborately choreographed moving camera shots designed to have the entire film appear as one continuous shot.

Concern was raised over the planned filming on Salisbury Plain by conservationists who felt the production could disturb potentially undiscovered remains in the area. They requested a survey be conducted before any construction for sets begin on the land, with some shots requiring the use of as many as 500 background extras.

Sections of the film were also shot in and around Low Force, on the River Tees, in June 2019. The production staff had to install signs warning walkers in the area not be alarmed by the bodies strewn around the site as they were prosthetic.

Time Out hailed the film as possibly the director’s best to date, adding: “Mendes marries technical virtuosity with jittery thrills and an emotional core to reinvent the Great War movie.” Rotten Tomatoes called it: “Hard-hitting, immersive, and an impressive technical achievement.”

• 1917 is showing at the Regal Picturehouse cinema from today (Friday).