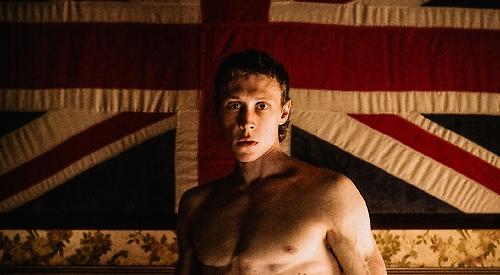 FROM the outset, the future looked bleak for the young Ned Kelly, who would leave his mother’s shack every day and come face to face with the cruel southern Australian outback.

But in The True History of the Kelly Gang, director Justin Kurzel tells the story of how he turns this oppressive landscape to his advantage.

Adapted by Shaun Grant from Peter Carey’s Booker prize-winning novel, this film makes no attempt to claim that Kelly’s story is more than a myth. An opening caption says: “Nothing you’re about to see is true”.

Kurzel does attempt to look at why Kelly’s exploits, which have now been committed to the screen for the 10th time, became so revered in his homeland.

Indeed, Kelly’s life was a short and horrible one. He was hanged at the age of 25 after a two-year crime spree, which included robbery and murder.

There are no scenes of him robbing banks to fund the poor with the money all going to line his gang’s own pockets.

The violence is fierce and at times shocking, with the camera never shying from the spectacle.

But Kurzel, too, has a fascination with the lives of those who left a bloody mark, with previous efforts including crime biography Snowtown (2011) and an adaptation of Shakespeare’s Macbeth (2015).

The True History of Kelly and the Gang is told in three chapters – “Boy”, “Man” and “Monitor”.

In the first, young Ned watches his mother Ellen (Essie Davis) be intimate with a British sergeant (Charlie Hunnam). Then at 14, Kelly comes across a violent bushranger called Harry Power (Russell Crowe), who takes on the boy as an apprentice and Kelly idolises him.

George MacKay, who starred in the Oscar-nominated best film 1917, plays Kelly in young adulthood and we see him forming his stick-up crew with his younger brother Dan (Earl Cave, son of rock star Nick), and also his relationship with a young prostitute called Mary (Thomasin McKenzie), who becomes his beloved.

The film continuously hits on the idea of toxic masculinity and rigid male roles, particularly in the first chapter, as his mother pressures him to become the “man of the house”, saying: “Are there no men of substance in this godforsaken country?” And in trying to fill the void, Kelly becomes both an icon and a bogeyman.

The True History of the Kelly Gang is showing at the Regal Picturehouse in Henley from today (Friday).