A worthy winner... but is this a film we really want to see? 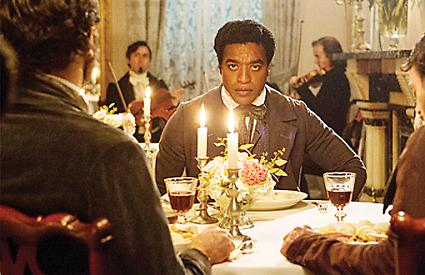 THE red carpets have been rolled up, and the much-coveted golden statuettes have been lovingly placed on the mantlepieces. The Oscars, with all their accompanying über hype, are over for another year, thank goodness. The ordinary cinema-going public can now go to the pictures without having to watch trailers with endless lists of Academy Award nominations thrust down places where they would rather be thrusting ice cream and popcorn.

This year’s Best Picture winner, 12 Years a Slave, is probably no surprise since it ticks an awful lot of boxes. It’s American, it’s brilliantly acted and brilliantly shot, but most important of all, it’s worthy.

Personally, I’d have selected Captain Phillips as movie of the year. Tom Hanks and his Somalian co-star Barkhad Abdi took the prize for the most convincing acting in my book. It told an amazing true-life story and it had me and all the rest of the punters in Screen Two of the Regal Picturehouse literally hanging off the edge of our seats. Now that’s what I call entertainment.

12 Years a Slave is not what I’d call entertainment. To be honest, I couldn’t actually summon the enthusiasm to go to the cinema to watch it, knowing that it was going to be harrowing and heart-breaking. But on a recent long-haul flight, when it came up in the list of new releases, I felt somehow obliged to watch it.

Chiwetel Ejiofor portrays the dogged determination and tenacity needed to survive when a free man — and a very intelligent and talented free man at that — is kidnapped and sold into slavery. But Michael Fassbender is utterly convincing as the cruel and brutal slave owner, and that’s the problem: he’s too convincing. His character is a pure sadist, and watching him whipping a naked girl threatens to strip you of your belief in humanity.