Ballet steps into the shoes of film classic 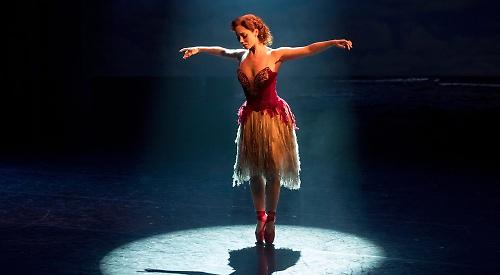 WITH theatres remaining off limits for now, the ability of cinemas to showcase works of art normally only experienced on stage is not to be sniffed at, writes Matthew Wilson.

On Sunday at 1.30pm, the Regal Picturehouse is showing a filmed performance of Matthew Bourne’s The Red Shoes (rated U).

The ballet, which had its premiere at Sadler’s Wells in December 2016, has since been performed to sold-out audiences across the UK.

In 2017 the show won the Olivier Award for Best Entertainment, with Bourne taking home the award for Best Theatre Choreographer.

Based on the classic 1948 Powell and Pressburger film of the same name, The Red Shoes is a tale of obsession, possession and one girl’s dream of becoming the greatest dancer in the world.

Ballerina Victoria Page is caught between two men — one whom she loves and her ballet master who demands unconditional devotion.

As her enchanted red pointe shoes exert their siren call, she must choose whether to sacrifice love for art. In 2016, Bourne told an interviewer: “The image of the red shoes that once put on will not allow the wearer to stop dancing has long been a potent one for creative minds. My challenge has been to capture some of that surreal, sensuous quality within the more natural theatre setting.”