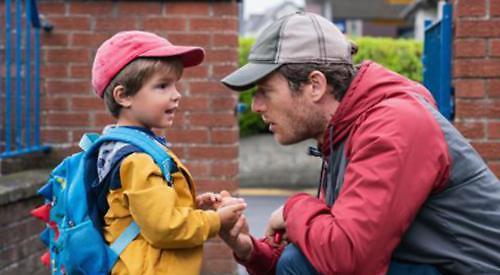 The situation was forced upon them, as Michael’s mother left them immediately after his birth.

John and Michael’s life is a simple one, made up of universal daily rituals and innocent love that reveals the strength of their relationship.

But then we learn that John only has a few months to live. And since he has no family to turn to, he will spend the days left to him looking for a new and perfect one to adopt Michael, in a bid to protect his child from that which he can do nothing to prevent.

Also embarking on a search this week are cave family the Croods.

When they discover an idyllic walled-in paradise that meets all their needs, they think their problems are solved. Except for one snag — another family already lives there.

Other films arriving this week include Space Jam: A New Legacy, starring Bugs Bunny and basketball superstar LeBron James in a sequel to the 1996 original starring Michael Jordan.

Continuing from last week are Another Round, Black Widow and In the Heights.