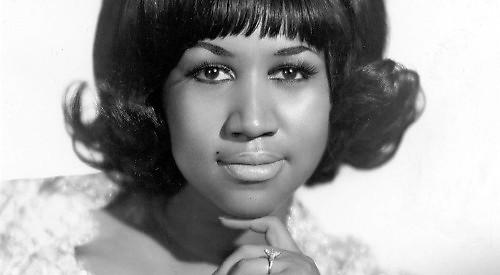 MUSIC is the beating heart of two films showing at Henley’s Picturehouse cinema from today (Friday).

The singer, who died in August 2018, aged 76, had hand-picked Oscar winner Hudson to play her.

Directed by Liesl Tommy, the film takes us from Franklin’s early days singing in her father’s church to her domination of the international stage.

Spanning the turbulent Sixties, it grapples with the singer’s struggles both personal and political, all in service of showing us her journey to find her voice.

Inspired by the Paul Weller album track of the same name, The Pebble and the Boy is a modern-day road trip of discovery starring Patrick McNamee as 19-year-old John, whose estranged father has just been knocked off his scooter and killed.

After inheriting a home dominated by his dad’s mod memorabilia — including posters of The Jam, a fishtail parka and a dented Lambretta — John decides to make a Quadrophenia-style pilgrimage to Brighton to scatter his father’s ashes and honour his memory.

Also showing from today is Herself, starring Clare Dunne as Sandra, a young mum struggling to get by and desperate to provide her two young daughters with a safe and happy home to grow up in.

When it becomes clear that the local council won’t provide that home, she decides to take action and build it herself from scratch, albeit with a little help from friends.