James Bond comes out of retirement 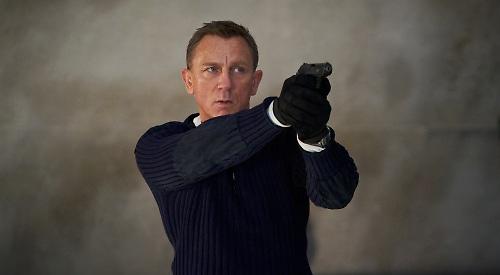 JAMES BOND returns to Henley next Thursday when No Time To Die opens at the Regal Picturehouse cinema.

There are eight showings a day at the Boroma Way venue for the first week of the film’s release.

Starring Daniel Craig in his final outing as 007, No Time To Die finds Bond enjoying a tranquil life in Jamaica, having retired from active service.

But his peaceful existence ends up being short-lived when his old friend Felix Leiter from the CIA turns up asking for help.

The mission to rescue a kidnapped scientist turns out to be far more treacherous than expected, putting Bond on the trail of a mysterious villain armed with a dangerous new technology.

Showing from today (Friday) is Rose Plays Julie, starring Ann Skelly as a young woman who decides to track down her birth parents, with unpredictable consequences.

Also showing is Joseph Losey’s classic 1963 British drama The Servant, with a screenplay by Harold Pinter, about an indolent young man who hires a manservant only to find he has bitten off more than he can chew.

The other new film showing this week, The Lost Leonardo, is a 2021 documentary telling the story of the Salvator Mundi, the most expensive painting ever sold at auction.