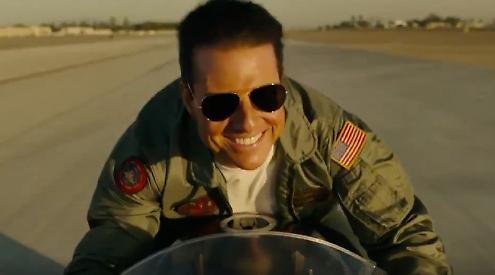 TOM CRUISE has at long last reprised his role from 1986 as Pete “Maverick” Mitchell in the new blockbuster sequel, Top Gun: Maverick (12A).

After more than 30 years of service as one of the Navy’s top aviators, Maverick is still pushing the envelope as a courageous test pilot, avoiding the rise through the ranks that would see him grounded.

When he trains a detachment of Top Gun graduates for a specialised mission, he meets Lieutenant Bradley “Rooster” Bradshaw (Miles Teller), the son of his late friend “Goose”.

Maverick has to confront his deepest fears and face a mission demanding the ultimate sacrifice from those who will fly it.

The film is showing at the Regal Picturehouse in Henley from Wednesday.

Benediction (12A) explores the turbulent life of First World War poet Siegfried Sassoon. Played at different stages in his life by actors Jack Lowden and Peter Capaldi, the film explores how he survived the horrors of war and was decorated for bravery, but spoke against the conflict when he returned from service.

Sassoon tried to come to terms with his homosexuality but, broken by the war, he sought salvation within the conformity of marriage.

Inspired by true events, The Road Dance (15) is the tale of Kirsty Mcleod, a young woman coming of age in a small island community before the First World War. She longs to escape Hebridean life and explore the wider world but tragedy strikes.

Both Benediction and The Road Dance are out today (Friday). Continuing are Downton Abbey: A New Era (PG) and Doctor Strange in the Multiverse of Madness (12A).