Glitches with Gatsby but Bueller’s popular 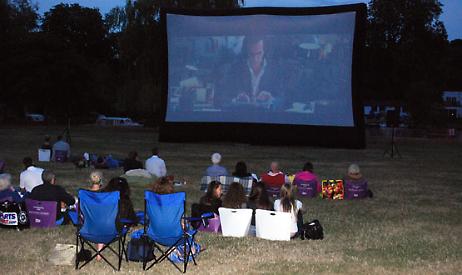 THE first weekend of this year’s Regal by the River outdoor cinema event in Henley has been hailed a success despite the cancellation of its Friday screening.

Iain Boulton, duty manager at the Regal Picturehouse in Boroma Way, said there were a “few technical glitches” with the sound at the planned screening of The Great Gatsby in Mill Meadows.

Customers were offered a refund or given the chance to attend another screening.

The Great Gatsby, which stars Leonardo DiCaprio, was shown on Sunday instead after organisers took the decision not to show Singin’ in the Rain which underperformed in sales, selling around 10 tickets, said Mr Boulton.

He added: “We made the decision to change it because there was a higher demand for The Great Gatsby on the Friday.”