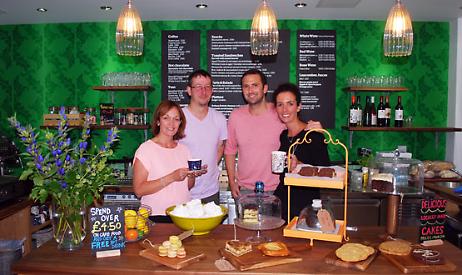 THE Regal Picturehouse has opened a new café.

It began trading on Thursday last week on the ground floor of the cinema following a £30,000 revamp.

The café seats 26 people and it offers handmade cakes, toasted sandwiches, pastries, cheese and charcuterie platters, as well as barista-style coffee and teas.

In the evenings, a selection of wine and bar snacks will be made available.

Six part-time staff have been hired to help run the café together with the cinemas existing workforce and it hopes to employ more.

Jane Brian-Boys, its marketing manager, said: We are using artisan breads and we prepare everything fresh rather than bringing things in ready in a plastic bag.

Things are served with a twist such as a sandwich with a side salad and a dressing. After 5pm we switch to the evening offering when the wines will come out and bar snacks.

The café was designed to fit in with the style of the building and that of Henleys former Regal Cinema which closed in 1986.

Ms Brian-Boys said: The company likes to make its cinemas look unique to take the flavour of the building that they are in. We are in quite a new building and so it is quite modern with blue, yellow and green colours. We wanted to give it that more modern feel but chose a typeface that would fit in with the old cinema. She added: We did a survey about a year ago and they supported a café down here to make use of the space and so you could come without having to watch a film. What we had really was a corridor.

When the old Regal Cinema closed, it remained empty until its demolition in 1993. Residents, including former Beatle George Harrison, campaigned for the cinema to return and when Waitrose built a supermarket on the site it provided a new one which opened in February 1997. The cinema was operated by film distribution company Metro Tartan until December 2005 when the Regal joined the Picturehouse group of cinemas and was renamed the Regal Picturehouse. It was then one of 21 in the Picturehouse group to be sold by Arts Alliance Media (AAM), along with Picturehouse Entertainment, its distribution arm, as part of a £47.3 million deal with the Cineworld chain in December 2012. 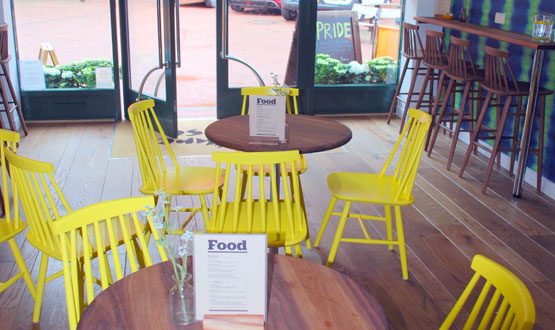