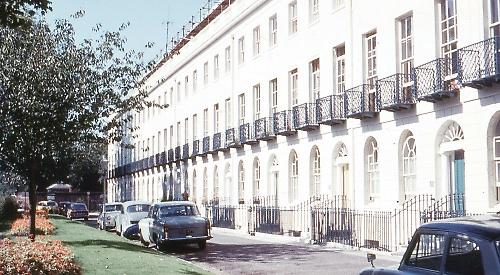 THE subject of the December talk was “Georgian and Regency Reading”.

The speaker was Dr Margaret Simons, who sits on the committee of the Berkshire Local History Association and is a tutor of local history for the Workers’ Educational Association.

The Georgian and Regency era covered the consecutive reigns of the monarchs of the House of Hanover from the succession of George I in 1714 to the death of William IV in 1837.

Dr Simons quoted a passage from Daniel Defoe’s Tour Through the Whole Island of Great Britain where he described Reading in the 1720s as “a very large and wealthy town, handsomly built, the inhabitants rich, and driving a very great trade”.

The predominant sector of Reading’s economy for much of the period was agriculture but at its close the new manufacturing industries were in the ascendancy.

Reading was an important market for the sale of agricultural produce and the annual Michaelmas cheese fair in September was a major draw.

Local author Mary Russell Mitford gave an account in her novel Belford Regis (her fictional name for Reading) of the regular throng of people and wagons descending on the town to sell their goods.

During the 18th century Acts of Parliament to improve the nation’s road network were passed that would greatly benefit Reading.

The town’s principal thoroughfare, Bath Road, became a turnpike road, which made it possible for stagecoach passengers to travel to London and back in a day. A toll was introduced in 1714 to pay for the road’s upkeep.

In 1785 the Simonds family established a brewery at Bridge Street and in 1806 John Sutton opened a plant seed shop at Market Place.

In 1822 Joseph Huntley opened a shop in London Street to sell biscuits to the many travellers arriving and departing by stagecoach in the street.

These three businesses would come to dominate Reading’s economy in the 19th century and beyond.

The opening of the Kennet and Avon canal between Newbury and Reading in 1723 would cement the town’s position as an important inland port.

Each year about 100,000 tons of goods were exported or imported by canal compared with 100 tons by road.

The town’s landscape was still dominated by the towers of the parish churches and many of its buildings were timber-framed.

This would change during the Industrial Revolution when factories and railways dominated Reading’s landscape.

The subject of the next talk will be “The history of Katesgrove” by Evelyn Williams.

It will take place at Abbey Baptist Church, Abbey Square, Reading, on Wednesday, January 17 at 7.30pm.

All are welcome (£2 charge for non-members).