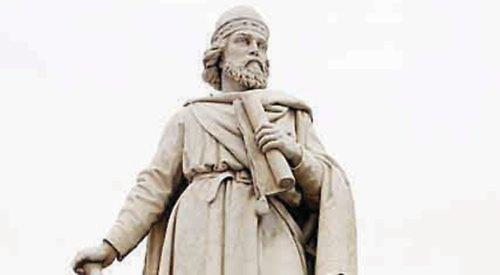 ON Tuesday, January 2 Colin Berks, of the archaeological consultancy ArcServ, gave a very well-attended meeting a talk on an Anglo-Saxon site established as a part of the defences against the Danes.

In 878/9, Alfred reversed this tide and established defences to prevent a recurrence, thereby easing the eventual unification of England south of the Humber.

So 1066 isn’t the most important date in English history!

Part of these defences was a site referred to as Sceaftesege in a list of fortifications given in the 10th century forerunner of the Domesday Book, the Burghal Hidage. Most of these fortifications, such as Oxford, Wallingford and Cricklade, have been identified but the exact location of this one is still disputed.

Colin believes that the site lies on Sashes Island in the River Thames near Cookham, the present name of the island having been descended from the Anglo-Saxon name for the fortification, which means “spear in a marsh”.

Since 2001, Marlow Archaeological Society and other groups have investigated the location using resistivity surveys and light detection and ranging as well as conventional excavation. Unfortunately, the presence of ditches which appeared in resistivity surveys cannot be confirmed.

However, surveys of the neighbouring area of Odney Island show a number of interesting features.

Excavation showed that these included a 16th century building and there also appears to be an enclosure ditch of the same length as that described in the Hidage. Could this be the actual site? Only further excavation will tell.