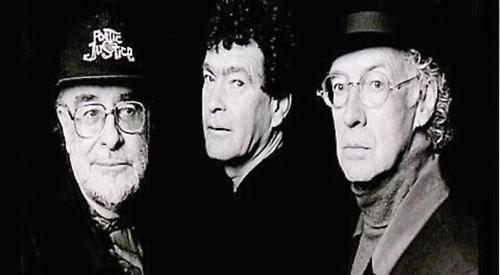 THE first committee meeting of the year took place on January 22.

Chairman Charles Whittaker reported that the membership was growing and he thanked everyone for making the outgoing year a great success.

The main games under consideration are canasta and bridge, although suggestions for other games are encouraged.

Graham Harris and Catherine Notaras have made plans to restart the gardening group that has lain fallow for a while.

By February Henley U3A will have its own plot at freemans allotments.

In March there will be a talk at the YMCA entitled “Getting active in the garden”.

Gill Le Du has proposed a new science group that will meet five times a year. Gill is also the leader of our play reading group and a representative for the Thames Valley U3A Network.

On January 10 a large audience at the Henley YMCA gathered to hear speaker and former Mayor of Reading Richard Stainthorp.

He gave a well-researched talk on the practices of punishment and reform together with a history of Reading Gaol, which included stories of Oscar Wilde, the prison’s most famous inmate.

On January 17 an excellent turnout of almost 40 members gathered for their annual seasonal lunch.

The usual peals of laughter testified to an enjoyable occasion where members of different groups had a chance to meet and discuss their interests and views.

Thanks go to Sylvia and Mike Pugsley for organising the event. On January 25 the poetry group met and discussed the poems of The Liverpool Poets, Adrian Henri, Brian Patten and Roger McGough and the current Poet Laureate Carol Ann Duffy.

Group member Carol Goldstein led the session with great expertise and shared her experiences of a vibrant Liverpool in the Sixties.

The session proved to be a door to areas that members had not been exposed to before and thus an opportunity for future exploration — which is what education is all about at the end of the day.

If you would like to know more about the Henley U3A or how to become a member, please call or text Anne Fitton on 07775 800145 or email safitton@hotmail.com or visit www.u3asites.org/uk/
henley-on-thames