Choir to perform in twin town 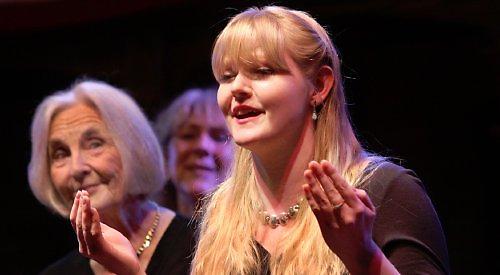 THE Henley Choral Society will give a May day concert in Falaise, Henley’s French twin town, tomorrow (Saturday).

Sixty members of the choir have travelled to Normandy to perform with a local choir.

Musical director Peter Asprey said: “We are thrilled to go abroad and take our music to a French audience.”

The programme will be predominantly French, including Faure’s Requiem and Cantique de Jean Racine.

Mr Asprey said: “I’ll have to ensure our pronunciation avoids Franglais as much as possible.

“Fortunately, we have some French nationals in the choir to keep us on our toes, including soprano Valentine Ford, who will sing the exquisite Piu Jesu solo in the Requiem.”

Ms Ford, who grew up in Caen and moved to Henley two years ago, said: “You can imagine how honoured I’ll feel to perform in front of my family and friends.”

Members of the Henley Falaise Twinning Association have also travelled to France for the weekend.

Chairman Denis McCoy said: “On the Saturday there will be a civic reception and the concert and, on the Sunday, a walk around historic Falaise followed by lunch for well over 140 people offered by the town.

“The Falaisiens are not new to hosting Henley’s musical talent. In May 2014, on the occasion of the 40th anniversary of the twinning of Henley and Falaise, they enjoyed a much-appreciated concert given by the Henley Symphony Orchestra.”