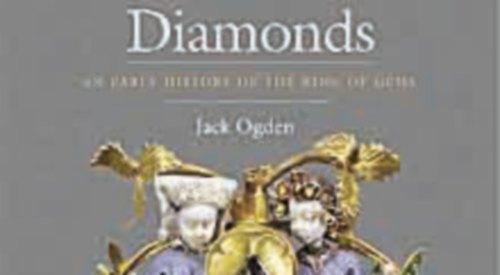 ON May 1, members were lucky enough to hear a talk called “Treasures beneath our feet: the Watlington Hoard” by James Mather, who made this nationally important find.

James has been a responsible metal detectorist for more than 25 years and has visited some 150 farms.

Until he made this once-in-a-lifetime find, most of the retrieved objects were individual coins and minor artefacts, together with innumerable pieces of rubbish, such as shotgun cartridges and ring-pulls!

He made the big find in October 2015 towards the end of an unproductive day of detecting (with the landowner’s permission). James decided to investigate a patch of high ground in a field.

He found a silver ingot and then a number of silver coins but he was still getting a strong detector signal.

Sensing that this could be something significant, he contacted the Portable Antiquities Scheme archaeologist who told him to stop digging and that it would be professionally excavated a few days later.

When this happened, the archaeologists removed a mass of metal and soil for careful treatment by museum conservators. This mass was found to contain many fragile silver Anglo-Saxon coins, silver jewellery and metal ingots.

The hoard contained coins of King Alfred of Wessex and Ceolwulf II of Mercia dating from the late 870s.

They were in superb condition and included some rare examples, including the “Two Emperors” type, suggesting that these two monarchs were in an alliance, a fact difficult to deduce from historical documents.

The combination of the coins with the other items is typical of a Viking hoard, the first to be found in Oxfordshire.

It seems likely that the hoard was the property of a single Viking soldier passing along Icknield Way with Athelstan’s army from Cirencester to East Anglia in 879 following the Battle of Eddington in 878.

It is fortunate that the find was made by James. A less-responsible detectorist may have been tempted to do the excavation himself, damaging the coins in the process and losing valuable historical information, besides risking punishment by the law and missing out on substantial payments under the Treasure Act payable to the finder and the landowner. The last of our lectures before the summer break will take place on June 5, when Jack Ogden will speak on “Invincible no longer: diamonds in the medieval world”.

This talk will look at the early history of diamonds with a particular focus on the medieval European world where there was increasing trade in diamonds from India and the first steps in the development of diamond cutting.

There had been some use of diamonds in antiquity, first for working other gems and then set in jewellery, but these extraordinarily hard stones could not be cut or polished so were seen as “invincible” and surrounded by myth.

Then gradually, rudimentary polishing developed and by the end of the Medieval period we had true diamond cutting and the birth of the diamond industry as we know it today.

Mr Ogden, who lives in Henley, is an archaeologist and historian who focuses on the development of jewellery materials and technology.

He is an acknowledged authority in this field and has written and lectured widely on the subject for more than 40 years.

He has a PhD from Durham University, is a fellow of the Society of Antiquaries of London and an elected fellow and honorary life member of the Gemmological Association of Great Britain and holds a diploma in art law. His latest book, Diamonds: An Early History Of The King Of Gems, is a lavishly illustrated, in-depth early history covering 2,000 years of diamond jewellery and commerce, from the Indian mines to European merchants, courts and workshops.

Our lectures are held monthly, from October to June, usually on the first Tuesday of the month at King’s Arm Barn in Henley, starting at 7.45pm. Admission is free to members, £4 for non-members.