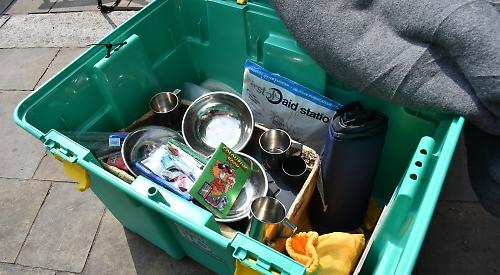 ROTARIANS are raising money for emergency shelters for use by people in disaster zones.

The Rotary Club of Henley Bridge has already funded five ShelterBoxes, which contain a family-sized tent designed to withstand the elements, tools, a cooking set, solar lights, a water purifying kit and activity sets for children. Each box costs about £600 and can support up to 10 people.

One of the boxes was on display in Market Place, Henley, on Saturday together with a tent as the Rotarians raised awareness of the ShelterBox, a charity which says that shelter from the chaos of a disaster or conflict is vital as people are plunged into crisis and normality is suspended.

Malcolm Leonard, who chairs the club’s international section, said: “The idea of this charity is to be able to go in immediately after a disaster with a temporary home.”

Henley Mayor Glen Lambert, who visited the display, said: “It’s brilliant to see Henley getting involved in international efforts like this.”

ShelterBox, which is based in Cornwall, has hundreds of trained volunteers who help deliver aid around the world but is funded only by public donations and receives no EU or government funding.

It is also the only official project partner of Rotary International. Many Rotarians are members of the charity’s expert response teams.