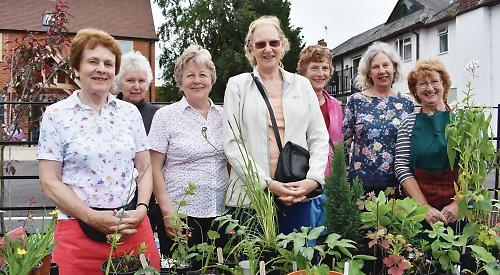 There was a range of perennials, annuals and vegetable plants on offer at College Farm, off High Street, and almost everything was sold.

Group chairwoman Esther Chamberlain said: “It went really well. We had lots of plants and plenty of people came along. We were up quite a bit on the profits from last year and just the fact we had so many helpers made it really good.

“There were a lot of garden club members involved in selling and serving teas, coffees and cake — it was nice social morning.

“It’s quite important. Membership fees and charges for various things help to pay for some things but it’s nice to have some cash in the bank.”

A donation from the money raised will be made to the Millstream Day Centre in the village.