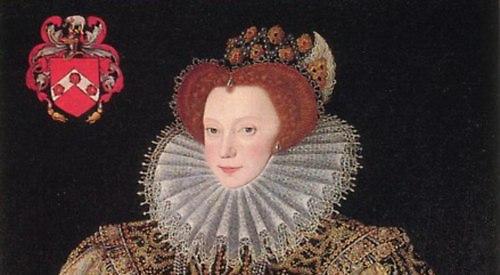 AUTHOR Nicola Tallis presented a talk to the Henley Archaeological and Historical Group on October 1 about “Lettice Knollys — Elizabeth’s Rival”, the subject of her most recent book.

Lettice was born on November 6, 1543 at Greys Court, near Henley, to Sir Francis Knollys and his wife Katherine Carey, believed to be a daughter of Henry VIII.

Sir Francis, a staunch Protestant, fled to the Continent on the accession of the Catholic Queen Mary, fearing persecution.

Lettice remained in England and became close to her cousin, Elizabeth, the future queen.

Following Elizabeth’s accession, the rest of the Knollys family returned to England and received favour at court, Lettice becoming one of the Queen’s ladies.

In spite of the Queen’s discouragement, Lettice married her first husband, Walter Devereux, in about 1561.

Devereux, having been ennobled, left his wife and four surviving children in 1573 to further advance his career through campaigns in Ireland, where he died in 1576.

During his absence, Lettice received the romantic attentions of Robert Dudley, the Queen’s favourite.

Their relationship strengthened following Walter’s death and led to their secret marriage in 1578.

The revelation of this marriage to the Queen a year later unsurprisingly angered her.

Lettice was compelled initially to live outside London while Dudley remained at Court.

In 1581, having returned to London, she gave birth to a son — further enraging the Queen, who offered no consolation to Lettice on the child’s death three years later.

In 1588, Lettice was again left a widow but even Dudley’s death did nothing to improve her relations with the Queen.

In the following year, Lettice married a third time to Christopher Blount, a Catholic some 12 years her junior, who was a member of Dudley’s household.

She used the title Countess of Leicester, from Dudley, until her death in 1634 and was buried with Dudley in Warwick.

The group’s final talk of this year will be on Tuesday, November 5, when Lindsey Bedford will talk about Boxford Roman villa and its important mosaic.

Meetings are held on the first floor of King’s Arms Barn. Lectures start at 7.45pm. All welcome (£4 for non-members).