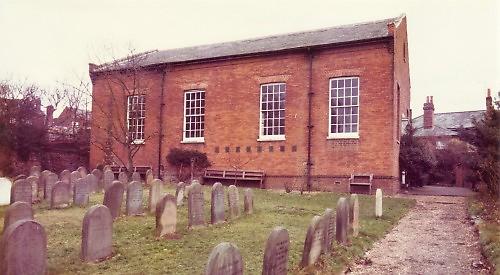 THE subject of the History of Reading Society’s October talk was “Quakers in Reading”.

The speaker was Naomi Iliff, who was educated at a Quaker school and is a member of the Reading Meeting.

Quakerism is the common name for the Religious Society of Friends that was established in England by George Fox in the 1640s.

He was born in 1621, the son of a family of Leicestershire weavers.

Fox had become dissatisfied with the doctrine of the established Church because he believed its structures of priests, buildings and formal services were an encumberence between Christians and their faith.

The services at Quaker meetings are held in communal silence but this does not mean that nothing is happening: it is an opportunity for mutual spiritual contemplation and an expectation at anytime that someone may stand up and speak on any subject they choose.

In 1655, Quakerism became firmly established in Reading when Fox preached to a large crowd in George Lamboll’s orchard.

Among their number was Captain George Curtis, a soldier in Oliver Cromwell’s parliamentary army, who had been hosting meetings at his home in Sun Lane behind Broad Street.

In 1671, Curtis established the first proper meeting house at nearby Back Lane.

The town’s Quakers would hold their meetings there until 1680 when a schism occurred within the Reading Meeting.

It is believed that the cause was a divergence of opinion on whether the men’s meetings should be separate from the women’s. Consequently, some of the members left Sun Lane and continued to meet in a room at Simms Court, off London Street.

It was at Simms Court that William Penn, who founded the English colony of Pennsylvania in America, attended meetings while living at Ruscombe, near Twyford, after he was forced to return to England when declared bankrupt.

Penn was a close friend of Fox and a campaigner for religious tolerance.

Like many non-conformist Christians at this time, the Quakers suffered much persecution by the state.

In 1664, a zealous local magistrate, Sir William Armorer, incarcerated all the adult members of the Reading Meeting in the town’s bridewell, which was then at the former Greyfriars monastery in Friar Street. Their children were left to fend for themselves.

The rival meetings had by then reconciled their differences and in 1715 they acquired land off Church Street in Reading upon which to erect a meeting house with additional space for burials.

The current meeting house in Church Street was erected in 1835 to an austere, neo-Classical design.

Behind it is the burial ground where many eminent Reading citizens are interred, their graves marked by headstones of an identical, simple design.

Among their number is Joseph Huntley whose shop in London Street, which sold biscuits to passing travellers, would burgeon into the Huntley & Palmers biscuit empire.

The Reading Quakers were enthusiastic advocates of universal education and in 1890 they established, Leighton Park School opposite Whiteknights Park.

They also supported the provision of adult education schools in Reading and Caversham.

In 1947, the local peace campaigner and Quaker Phoebe Cusden established the first town-twinning in the UK with a city in Germany.

Its purpose, initially, was to help people in Düsseldorf who were homeless and hungry after the war.

The subject of the society’s next talk will be the “Heroes of Woodley Airfield” and the speaker will be Joy Pibworth.

The meeting will take place at Abbey Baptist Church in Abbey Square, Reading, on Wednesday, November 20 at 7.30pm.

All are welcome, admission is £2 to non-members.