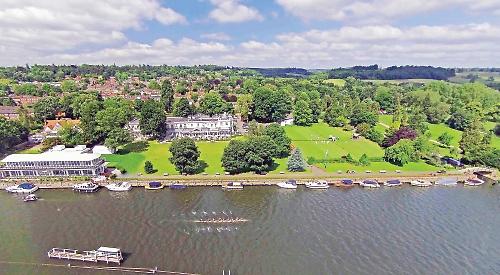 A NUMBER of staff at Phyllis Court Club in Henley have left following allegations of bullying.

They had worked at the new £4 million fitness centre at the private members’ club off Marlow Road.

The club has apologised for the “unfortunate interruption” to the levels of service at the centre in recent weeks.

In a letter to members, chief executive and secretary Chris Hogan claimed this was due to “a serious breach in trust and confidence” involving a small number of staff.

He said the issue related to “bullying in the workplace”.

Mr Hogan, who was appointed in July, wrote: “The actions of these individuals has caused distress and hurt to another and has brought the club into disrepute.

“Behaviour of this kind is not tolerated at the club. It constitutes gross misconduct and as a result some staff members are now no longer employed by the club.

“The club has acted throughout within the strict guidelines laid down by our legal advisers and, in order to ensure fair and proper treatment of all staff and to protect the club, we were previously unable to comment on the situation.”

He said that Charlotte Hughes, the sports and fitness facilities manager, had managed the disruption “admirably and with tact and discretion”.

He said the club was looking to recruit new staff and resume a full programme of classes and personal training “as soon as possible”.

Mr Hogan told the Henley Standard: “The club is subject to employment law and as such each step of any HR process is only taken under strict instructions given by our lawyers and insurance underwriters.

“A strict confidentiality of information clause has been signed in order to protect all parties involved.”

The fitness centre, which was built on the site of the club’s old tennis courts, was officially opened in May by Olympic swimmer Sharron Davies but had been in use since September last year.

It features a 20m swimming pool plus a gym, exercise studio, saunarium and treatment and changing rooms.

The club’s membership hit the maximum of 3,250 as construction was finishing.