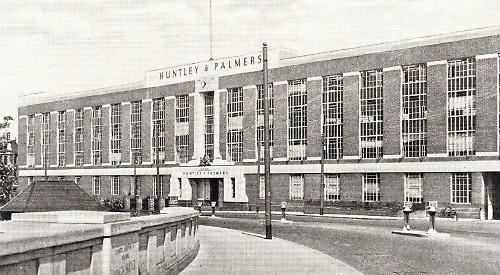 THE subject of the December talk to Reading History Society was “What did newcomers do for Reading?” and the speaker was Joan Dils, the society’s president.

Last month it was revaled that nearly a third of people living in Reading were born outside the UK.

The town’s location and its ability to attract migrants over the last millennium has helped to cement its position as a major commercial and transport hub for southern England.

The first mention of Reading is in the Anglo-Saxon Chronicle under the date 871. It was then known as Raedigam and was in the Anglo-Saxon kingdom of Wessex. Its first inhabitants were the descendants of settlers from northern Europe who arrived in the wake of the Roman withdrawal from Britain in the 5th century.

In 1121, Reading’s status and demographics were profoundly altered with the foundation of the Benedictine Abbey by Henry I. The first monks came from Cluny in France and Lewes in Sussex.

From the beginning, the abbey was the town’s largest employer — during the 40 years it took to build many of the craftsmen and labourers employed came from outside the town and made it their home.

Soon after its foundation, the abbey established an alternative “new market” opposite St Laurence’s Church in direct competion to the one in St Mary’s Butts.

Merchants from across Berkshire came to settle in the town so they could ply their wares there with the pilgrims who came to venerate the abbey’s holy relics.

In the medieval period, the origins of many of the migrants who settled in Reading could be discerned from the “locative” surnames then in use, such as Andrew of Burghfield and Henry of Greenham.

By the 15th century, Reading had become an important centre for the manufacture of cloth. This had attracted immigrants from the Low Countries.

From the 1440s, these immigrant workers were taxed by the Crown. The tax, which was known as the Aliens Subsidy, would last until the early 1500s.

The next significant wave of migration to Reading would occur in the 19th century. In the 1840s, immigrants would arrive from Ireland fleeing the ravages of the potato famine and many would find employment constructing the Great Western Railway.

Before the arrival of the railway Reading was the principal market place for its agricultural hinterland. By the end of the century it had become an important manufacturing centre, beer, biscuits and seeds being its principal products.

These new industries would need a large workforce and many people would come from across southern England. They were mostly displaced agricultural labourers made redundant because of the mechanisation of farming.

Some of the founders of these new businesses were themselves migrants — Joseph Huntley (Huntley & Palmers biscuits) came from Burford and John Sutton (Suttons Seeds) came from London.

In the second half of the 20th century, following the Second World War, immigration would come principally from Britain’s colonies.

The newly created National Health Service had a severe labour shortage, which led to the Government launching a recruitment drive in Britain’s Caribbean colonies.

Many of the newcomers came to work for the Battle and the Royal Berkshire Hospitals and settled permanently in Reading.

In this century, their numbers have been augmented by immigrants from the European Union who have come to work in the town’s booming services sector.

The subject of the society’s next talk will be “A trip along the IDR” and the speaker will be Graham Turner. It will take place at Abbey Baptist Church, Abbey Square, Reading, on Wednesday, January 15 at 7.30pm. All are welcome (admission costs £2 for non-members).