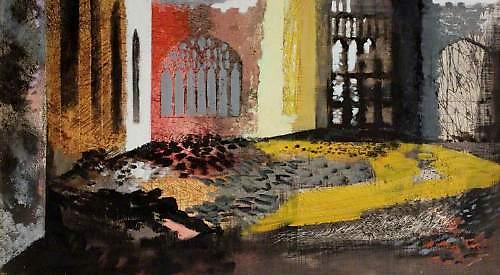 THE art and design historian Dr Graham Twemlow gave a talk to the Henley Archaeological and Historical Group on March 3 on “Recording Britain: celebrating the country’s natural beauty and architectural heritage”.

The Recording Britain project was undertaken at the outbreak of the Second World War with the intention of capturing, in the tradition of 18th century watercolour, the character of Britain’s landscape when threatened by possible destruction.

It was funded by an American charity and co-ordinated by Sir Kenneth Clark, then director of the National Gallery.

A total of 63 artists were engaged to produce works for exhibition in the gallery while much of its collection had been evacuated for safekeeping.

Besides famous names, such as John Piper, the artists commissioned included lesser-known painters such as Stanley Anderson of Towersey, a copperplate engraver who specialised in the representation of crafts.

Many of these pictures were reproduced in a book published after the war and all are now housed in the Victoria & Albert Museum.

The group’s next meeting will be on Tuesday, April 7 when Dr Ed Peveler, of the Chiltern Hill Forts Project, will talk about the use of LiDAR to reveal archaeological features.