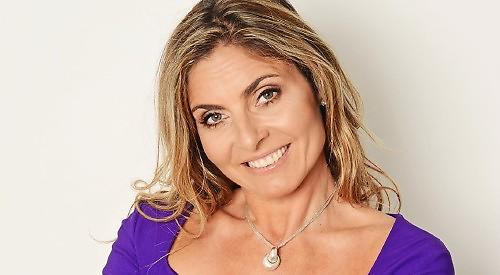 A PERFORMING arts school in Henley has had to put its 20th anniversary celebrations on hold due to the coronavirus pandemic.

Lockdown restrictions forced StageWorks founder Emma-Jane Taylor to cancel all physical classes and plans for a surprise flash mob in the town centre this summer.

A production of Jack and the Beanstalk has also been postponed until next May.

Ms Taylor, 47, who lives in Henley, said: “I was really sad when I was forced to close StageWorks due to covid-19. I will be honest, I had a little cry into my T-shirt.

“Stopping during such uncertain times always leaves a little apprehension and of course to think StageWorks would not be celebrating our 20 years as we had hoped was also a real blow. It certainly wasn’t the celebratory year I had expected.”

Two days into the lockdown, Ms Taylor introduced online-only sessions for children and adults and about 300 of her 400 members have taken part.

She said: “We went into lockdown on the Wednesday and then two days later we were fully up and running virtually with all our activities. We had to do it — it’s our 20th year and we couldn’t just stop — and it has been working well.

“I know how hard it has been for many people but the community spirit shown during lockdown has proved how loved StageWorks is. We have worked hard to ensure our community of young minds is well entertained and looked after.”

Online sessions feature reduced class sizes and last 45 minutes each for younger children and 90 minutes for older ones. The activities have ranged from poetry to dance.

Ms Taylor said : “I know how hard it is for youth which is why it has been great to interact with children during these unprecedented times.”

She works with more than 27 part-time associates as well as having a personal assistant and eight people in her production team.

As they are all self-employed they have not been furloughed and she has not taken out a business grant from the Government.

Ms Taylor explained: “I have reduced our fees because it is important to maintain some sort of cash flow and because we want them to keep coming back later.

“Never one to wallow and always one to see the positives in life, I have been liaising with my team, the theatre and my admin crew to find new ways of doing business and, of course, planning our celebratory year or maybe years.”

Ms Taylor, who has an 11-year-old daughter, Betty-Mae, was born in Marlow. The youngest of three children. Her childhood hobbies included dancing and she had lessons in jazz, tap, modern, ballet and acrobatics from a young age.

She danced professionally from the age of about 10 to 15, appearing in a West End production of Cinderella with Dennis Waterman and Rula Lenska as well as regional performances of Andrew Lloyd Webber’s Joseph and the Amazing Technicolor Dreamcoat.

After leaving school at 16, she wanted to become a hairdresser so took an NVQ course at The Henley College until dermatitis forced her to abandon it as a career.

She then had a series of temporary jobs from bar and secretarial work to being a PA and a sales representative and also spent three summers working in Spain.

Ms Taylor was abused as a child, leading to mental health problems, but she says it was returning to her love of dance that gave her life focus once more.

She became a professional dancer at 19 and joined a cabaret dance troupe called Cameo. The group, which was based in Henley, toured the UK performing variety dance shows.

Ms Taylor said: “Performing was an outlet for me as it helped me to get through my difficulties and I learned to express myself.

“Back then, you didn’t talk about mental health but I understand the power of it now and how it can help people.

“As a young girl, I was shy and nervous but performing gave me a bit of liberation. Dancing was always my thing and in my early twenties I performed at Wembley Arena in leather as part of a fetish crew.”

She started teaching dance part-time when she was 24 and qualified as a personal trainer in order to supplement her income the following year.

She gradually scaled back on her temping commitments as her classes grew until she was able to go full-time. She launched StageWorks in 2000, when she was 28.

Ms Taylor explained: “I was quite old to be a performer but I knew I wanted to work with children.

“When I launched StageWorks I started with 15 to 20 children and two other people helping me. I was so nervous that I had sick in my mouth but it was one of those things that I knew that I had to do so much. I wanted the kids to like me, which they need to if they are going to buy into what you are doing. I do remember having a lot of fun and one of the kids, Olivia-Grace Shanahan, became one of my teachers and she still talks about how fun it was.

“Teaching is a really different thing from performing as a performer. You always have to think about what you are saying, you have to respect the children and bring them with you while being entertaining.

“At the end of that first year we pushed out to four classes in Henley and split the ages. In the beginning we had everyone together but you couldn’t have a four-year-old in the same class as someone who is 12.”

In the second year, she launched a talent competition.

Ms Taylor recalled: “It was for kids to perform and the winner received £100, which was a lot back then, and that really helped to establish us as a business. Now we were not just a dance club, we put on events as well.

“The competition showed what talent there is out there locally and we did that for four or five years in the summer. Then we started to put on productions and showcases at the Kenton Theatre and that allowed my team to grow.”

The arts school expanded over the next 20 years with branches in Benson, Caversham, Cookham, Somerset and, finally, Cholsey, which opened this year.

Ms Taylor said: “At the beginning I had a bit of impostor syndrome where you feel you are unable to do something even though you have the intelligence and ability to do it.

“But after it began to take off, I began feeling that yes, I had got a job and, yes, I was good at it. I am really proud and sometimes I get a bit overwhelmed and feel I should slap myself on the back.”

Ms Taylor says it’s due to her own difficulties with mental health that she wanted to help children through her teaching and believes her company is successful because parents buy into it.

She said: “Growing up with my own difficulties, I remember a headmistress told me she didn’t want me back at the school and that I would not go anywhere with my failure attitude.

“Putting negativity on a child is never going to help them, so it doesn’t matter if you are good or bad at this or that, everyone has a talent and the ability to be successful at something. It’s the same when we put on productions, whether you are a rabbit, a tree or Cinderella, they are treated the same and the children know they are as important as each other.

“I think that parents like the approach we take their children. I am very focused on their mental health and their mental and physical wellbeing and making sure that they have that connective relationship because it is good for their development, whether it’s with me in the classes or in the wider world.”

Ms Taylor is also proud that she has been able to nurture young child actors, such as Ted Wilson, who starred in Matilda in the West End and then on Broadway, and Harry Stott, who was in Oliver! and Mary Poppins in the West End.

She said: “If you have talent there are opportunities because we are signed up with a talent agency and we recognise talent and star quality.”

Ms Taylor hopes to re-open fully in September within what government guidelines are then in place.

All the students due to take LAMDA exams, which is the speech and drama equivalent of music grades, will do so as soon as possible.

In November, each branch will produce an end of term showcase for families and friends to mark 20 years of StageWorks before a drinks reception in December.

Ms Taylor said: “I will be playing everything by ear, day-by-day but remaining positive. I was always taught from a young age to always find the positive in a difficult situation. I have learned that our community is brilliant and the support is out there. This challenge has given me the opportunity to
refocus on the important things.”

She has planned an informal drinks party at the Kenton Theatre on January 31 to mark the school’s 21st year and from May 23 to 29, the postponed pantomime will take place at the New Street venue.   Next summer, the cancelled flash mob will take place and then from November 13 to 17 it will stage a musical extravaganza at the Kenton.

In the meantime, Ms Taylor is keeping a positive mental attitude during lockdown.

She said: “I exercise every morning with my daughter, eat healthily and I take a walk, usually to Hambleden or Shiplake. Sometimes my daughter comes with me, sometimes it’s just me and the dog and I’ve really enjoyed the recent beautiful weather.

“Before lockdown I was insanely busy but I have now been able to see what work was important and what wasn’t and it has allowed me to readjust my work and home life balance a little bit, which has been a positive.

“It will be important to get the business up and running from a financial point of view and it will be good for my daughter to go back to school full-time but I have enjoyed sharing breakfast, lunch and dinner with my partner and daughter every day.”