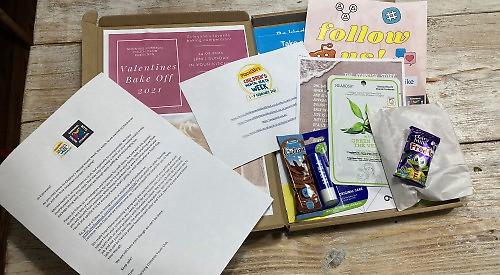 THE youth club in Sonning Common has been sending out care packages to children during the third coronavirus lockdown.

The club, which usually meets at Kidmore End war memorial hall in Reades Lane on Tuesday and Wednesday evenings, has been closed since November when the second lockdown was introduced.

Club leader Sunny Smithers decided to send out care packages to the children who usually attend to boost their mental health.

The packages include a note from other members, tips on how to stay well mentally and details of the club’s social media accounts.

There are also items such as chocolate bars and hot chocolate sachets donated by the Co-Op store in Wood Lane. The club updates its social media pages every day with quotes, advice, workouts and activies such as crafts and baking.

Club leader Sunny Smithers printed out all the notes and worksheets and delivered them round the village on Thursday last week.

She said: “This is paramount at the moment, when the children are going through so much — more than we realise. It’s going to come out in the long run so it’s important to us as a team that we keep in touch with the children to lift their spirits and let them know there will be an end to these uncertain times and hopefully soon.

“We want to let them know that there are still people who care for them and will be there to look after them.”

The club is also planning to hold a treasure hunt, a Valentine’s bake-off competition and a photography competition for the February half-term holiday.

It is also looking for volunteers to take part in virtual career sessions to teach children about different jobs and inspire them to think about their futures.

Mrs Smithers said: “The children need things to look forward to, things other than school work.”

She said the club would re-open as soon as possible once government guidelines allowed.

“It was tricky when we opened between September and November and after the March lockdown but it was well worthwhile,” said Mrs Smithers. “The parents were so happy and they had some normality again. We just have to take each day as it comes.”

Meanwhile, the Green Team Allotment, which is the club’s initiative to get young people outside learning about how to grow food while also improving their mental health, has been paused due to the pandemic.

The club recently received a grant of £999 from Tesco for the project, which was secured by Sonning Common Parish Council.

The allotment will be behind Kidmore End Memorial Hall, where work on the new recreation ground is due to start this month.