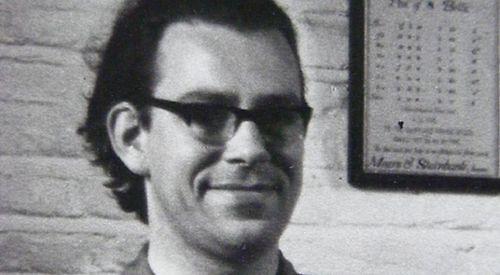 To mark the 40th anniversary, the November meeting took a look back over that time span, starting with what the village was like 40 years ago.

In many ways it was as it is now with most of the housing developments having already occurred but one new feature being the provision of traffic lights at the crossroads in the village centre.

The businesses in the village, however, were somewhat different. High Street included the pharmacy, a gift shop, an antiques shop, an estate agent, a butcher and a garage, while elsewhere in the village were a builder’s yard, another garage and a firm making specialist chemicals for the electronics industry — all since gone.

To help bring all parts of the village community together, the Wargrave Village Festival was started in 1975, while the Wargrave News was founded in 1978.

So how did the society come into being?

Derek Bird, of a long-established village family, was interested in Wargrave’s history and at the 1981 village festival his collection formed the basis of an Old Wargrave Exhibition held in the Hannen Room.

This generated a lot of interest, so a meeting was arranged to consider a Wargrave historical society.

The meeting was a success with the room only just able to accommodate everyone who wished to attend — the Wargrave Local History Society was born.

Derek was its first chairman and Lord Remnant kindly agreed to become the society’s president, an office he continues to hold.

A programme of talks was arranged with various long-time villagers, including Cyril Sansom and Clifford Maidment, sharing their memories of Wargrave.

John Ratings talked about “The eccentricities of the vicars of Wargrave” and was followed by Buddy Rose and Mick Pope on scouting and then Derek Bird recounted the story of the church fire and its rebuilding.

The society also looked at the wider area and heard Michael Fulford, of Reading University, talk about the archaeological excavations at the Roman site at Silchester. This led to the first of another regular feature in the society’s programme, a visit to a place of local history interest, beginning with the dig taking place at Silchester.

The basic pattern for the society’s meetings had been set.

At the 1983 festival another Old Wargrave Exhibition was staged but this time on a larger scale using the Woodclyffe Hall for three days.

This was followed by a tour of the village conducted by Derek, sharing his knowledge of people, places and events as participants walked around the village centre.

The usual programme of meetings continued and a similar involvement was planned for the next festival in 1985 but in February of that year Derek Bird died unexpectedly. He was just 38.

An obituary in the Wargrave News noted that his research into village history had taken several years of painstaking research.

It continued: “His interest was to be shared with others — he had been invited to talk to several groups in and out of the village. He had also written several pieces for the forthcoming historical book on Wargrave and had taken many on historical walks around Wargrave.

“There were few questions that Derek could not answer on the village or its history. There are even fewer people who know as much about Wargrave as he did. He had a way of conveying that interest and expertise that gained the respect and appreciation of all those who knew him.”

The society’s annual meeting that year began with a two-minute silence.

But it also had to look forward and Lord Remnant proposed that the deputy chairman take over Derek’s role.

Planning for the festival continued with a three-day Wargrave Through Postcards exhibition, again largely based on cards from Derek’s collection.

When the exhibition closed, a historical walk took place. Some 70 people took part and the guide managed to shunt people into various safe spots to hear about the village, sometimes splitting the group to talk to one half, then moving them on to talk to the second. It was decided it would be unwise to do this again, so in future it was limited to 40 per group.

Meanwhile, a dedicated team had been working on a project suggested at the inaugural meeting — to produce a book about Wargrave’s history. The aim was to record both “researched” history and the memories and reminiscences of villagers.

The editorial team comprised Rosemary Gray, Sue Griffiths and Judith Stephenson and the book was dedicated to Derek.

The hope had been to publish The Book of Wargrave in time for Christmas 1985 but production problems at the Oxford University printing house delayed it slightly.

The reviews of the book were all very positive. The Henley Standard said: “Its true strength is that none of the contributors is a professional historian or writer.

“The book has been a real community project, written by villagers from all walks of life, all of whom had the common aim to capture the atmosphere of life in Wargrave over the years.”

The initial 1,000 copies were soon sold, so 500 more were printed. Another reprint followed — this time in softback format — in 1999 and now even that has sold out.

The regular programme of meetings continued with a local history visit each summer and participation in the festival.

The historic village walks continued to be popular, so the notes used by the guide were put into a small booklet format in 1991. That has been revised and updated over time and continues to be available at a moderate cost.

Following publication of The Book of Wargrave, further material became available, so another book was published.

Although under a different editor, it kept the same format of a mixture of research and people’s memories. The Second Book of Wargrave contained even more pages than the first.

Paul Daniels opened that summer’s festival fete. He then made straight for the society’s stall and bought the book, which he spent the afternoon clutching visibly. The society could not have asked for a better advert!

One of the original suggestions for the society to undertake had been a Son et Lumière and that came to fruition as a millennium event in September 1999.

Held on Mill Green over several evenings, the society not only advised on village history, it also mounted a display of pictures and documents in the refreshment tent.

The society acquired a lot more photographs, not least the personal albums of Wargrave’s benefactor Harriette Cooke-Smith, with images from the 1870s to the early 20th century.

These enabled the publication of another book, with larger pictures, extended captions and some short introductory notes to put the various topics into context.

The Illustrated Book of Wargrave was published at the 2011 festival and again proved popular.

After 28 years, the society suddenly lost the use of the Hannen Room for its meetings. The parish council was in the process of converting the Old Pavilion at the recreation ground into a new meeting room and the society became the first to make use of this in September 2011.

The facilities included a digital projector and a larger kitchen and the hall could seat 50. As the society became more popular, even that was a tight squeeze at times.

Another project, jointly with the Wargrave branch of the Royal British Legion, was the creation of a memorial to the crew who died when an American “Flying Fortress” bomber crashed in the village in November 1943.

It was installed at Hennerton Golf Club, overlooking the accident site, and officially unveiled in November 2014 by local MP Theresa May with the military attaché from the US embassy in attendance.

At the 2015 festival the society wanted to do something different. Television programmes about antiques had become popular, so local auctioneer and TV antiques expert Thomas Plant came to the Woodclyffe Hall to speak about the world of antiques and making the programmes. The event was a sell-out.

Thomas returned for the 2017 festival, when audience members brought an “antique” item for him to describe and value, and then for the 2019 festival he recounted “The magic of the auction”.

Even the softback reprint of The Book of Wargrave had now virtually sold out. There was a need for a publication to tell newcomers to the village about its history, so a well-illustrated booklet called A Brief History of Wargrave was launched at the 2019 festival.

Other society activities include publishing calendars, recording the churchyard inscriptions, exhibiting at local history fairs, being part of Wargrave’s entry in the 2003 Calor village of the year competition, maintaining a local history website and establishing an archive of documents, photographs etc, currently about 3,500 items.

The anniversary was celebrated with wine and special birthday cakes made by Wendy Smith, one with candles and the other bearing images of the society’s three hardback books.

Little could those present in the Hannen Room 40 years ago have imagined the technology that would have enabled the society to continue with a programme of talks during the pandemic but would maybe recognise that their intentions in founding the society have — and are being — fulfilled.