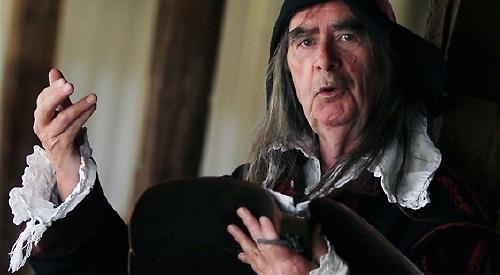 TIM HEALEY, of the Oxford Waits, a band of historical musicians, entertained members at King’s Arms Barn on December 7.

With vivid period images and musical accompaniment on the shawm, a kind of recorder, we were immersed in the world of Christmas in the 17th century.

Many of the traditions we celebrate today were already established by then, although some are now less popular.

The yule log was brought in with great ceremony and an ember from it was used to kindle the next year’s log.

There was the practice of wassailing — groups of performers wandering from house to house with ale for rewards, a kind of forerunner of carol singing.

Mince pies were enormous and filled with meat, fruits and spices. They celebrated the tradition, now lost, of the Lord of Misrule, where a humble person was placed in authority.

All this fun and frivolity was brought to an end by Cromwell, even to the extent of a military suppression of the Plum Pudding Riots in Canterbury in 1647. However, it returned following the restoration of the monarchy of Charles II, helped by the figure of Old Christmas, our present-day Father Christmas.

We will meet again on January 4 to hear Paul Lacey tell us about early independent bus operators of the Henley and Marlow area.

Thanks to them, the mobility of people here was transformed in the early 20th century. This should be a fascinating story.