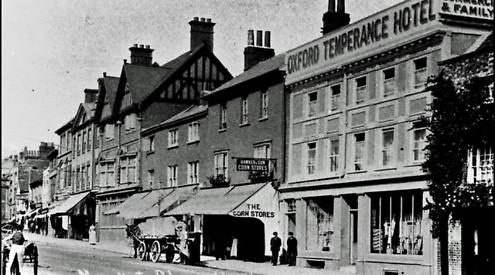 THE group’s chairman, Michael Redley, spoke to members on teetotalism in Henley before the First World War at King’s Arms Barn on April 5.

The speaker for the originally planned talk on “The lost villages of Oxfordshire” was unfortunately unable to join us. We hope she will be able to do so in 2023.

Teetotalism advocates complete rejection of all alcoholic drink. It was adopted by many working class people in the 19th century in pursuit of self-improvement and greater prosperity.

Henley boasted 50 pubs in 1896 and had traditions of brewing, malting and entertainment rooted in alcoholic drink.

Yet in the last 15 years of the century, the social life of the town was heavily influenced by teetotalism.

In November 1885, an event booked by the Liberal Party in the old town hall was besieged by a mob provided with beer money by the rival Conservatives.

This disorder, universally regarded as shameful, led to the election of the town’s temperance leader, Charles Clements, in place of Archibald Brakspear, the previous mayor, in 1885/6.

The temperance movement in the town set up its base in the Assembly Rooms in Bell Street in 1886 and by the 1890s the coffee shop in Market Place had become a temperance hotel.

In 1897, Clements gave evidence to the Royal Commission on Liquor Licensing, suggesting that the brewing trade was encouraging corruption in local politics.

This proved too much for local people and led to the temporary eclipse of his political career.

Support for teetotalism was in any case in decline nationally following the Boer War in South Africa and the adoption by mainstream politics of many of the more moderate measures teetotalists had promoted.

The group will meet again on May 3 to hear Janice Kinory, of the Historic Environment Image Resource project in Oxford University’s school of archaeology, speak about the university’s rich collections of historic images from around 1880 to 1950.