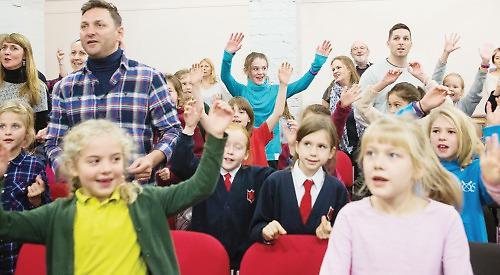 MORE than 30 parents sang alongside their children at a Henley Youth Choir rehearsal.

They were invited to accompany the group’s junior and senior sessions to find out what being in the choir is like and to prepare for its two Christmas concerts at St Mary’s Church in Henley.

More than 24 parents joined the junior rehearsal and learned a traditional spiritual song called Freedom and an upbeat arrangement of the Christmas carol The Holly And The Ivy.

The seniors and nine parents tackled a three-part song combining Oh When The Saints Go Marching In, Swing Low Sweet Chariot, The Gospel Train and Benjamin Britten’s This Little Babe. The conductor was Peter Asprey.

The choir, which is part of Henley Choral Society, welcomes new members. Rehearsals take place at the d:two centre in Market Place during term time.