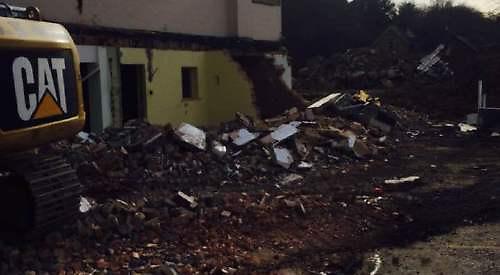 THE construction of another care home in Henley has moved closer after the site of the former Henley Youth Centre was cleared.

The old building in Deanfield Avenue has been demolished in preparation for a new 64-bed home run by B&M Care.

The site is now fenced off while the company prepares a planning application.

As the Henley Standard reported last month, B&M Care has been advised by planning officers at South Oxfordshire District Council that it is likely to be granted permission. Former town councillor Dieter Hinke, who chairs the joint Henley and Harpsden neighbourhood plan steering group, said this “positive response” was despite the fact the site is earmarked for 23 houses in the plan.

The district council has already approved an application by Henthames, of Essex, for an 80-bed care at the former LA Fitness gym in Newtown Road and plans by McCarthy & Stone for 53 “extra care” flats for the elderly and disabled at the former Jet garage site in Reading Road, which was earmarked for 55 ordinary flats in the plan.

The decisions — both made on the casting vote of the planning committee chairman — angered town councillors who feel the neighbourhood plan has been undermined.

Mr Hinke, of Elizabeth Road, Henley, warned that Henley would become “the Eastbourne of the Chilterns” with so many applications for care homes.

If this new home is approved, it will take up to 18 months to build.

B&M Care says it is working on technical drawings and could submit a planning application within three months.

The youth centre was closed in January 2015 and the 0.6 hectares of land was put on the market by the Thamesfield Youth Association, which said it could no longer afford the centre’s £45,000-a-year running costs.

The £3 million sale was completed in August that year and included a derelict plot behind the centre which was owned by The Henley College.

The proceeds were split between the association and the college with the former receiving a slightly larger share.

The association has committed to spending the windfall to benefit the town’s young people.