Festival supremo on what makes Henley so good for a laugh 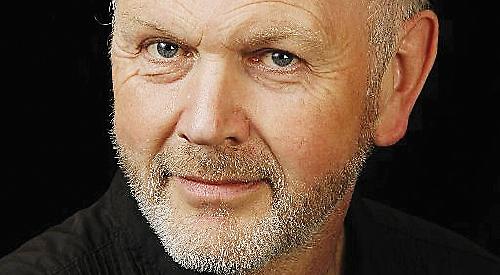 THE man who books comedians to appear at the Henley Festival says the event offers great value for money compared with regular comedy clubs — and he’s not joking.

Artistic director Stewart Collins believes that changes introduced last year are set to attract more comedy fans than ever to the five-day event — which this year runs from Wednesday, July 5, to Sunday, July 9.

As with the music side of the festival, big names now appear throughout the evening rather than being confined to one big late-night show as in previous years.

Mr Collins said: “I’d like to think it’s put us more on the radar for comedy fans and younger people. I believe you get better value for money at the festival than you’d get at most regular comedy clubs because, for the price of a general admission ticket, you get to see loads of top comedians as well as all the other events on the festival site.

“I don’t remember last year’s programme off the top of my head but I know Al Murray and Nina Conti were hugely appreciated, which comes as no surprise.

“Reginald D Hunter was another popular choice — he wasn’t someone you’d have expected to see in previous years but he was absolutely brilliant.

“The venue really worked too, as it’s a lovely, intimate setting where the performers can strike up a close rapport with the audience.

“Like all the artists who come to Henley, the comedians were both amazed and amused by the style of the event.

“They’ve been told to expect a black-tie audience but it still takes them by surprise when they see it for themselves. They love to get a rise out of the audience for it — it’s a great source of material and the audience love being ribbed. I don’t know whether that’s a Henley thing or just a British thing!

“It’s very unusual for comedians to perform in that kind of environment and straight away it gives them something to latch on to. They’re very good-natured about it, though, and so are the audience, so you get this fabulous banter going on. It’s a formula that works extremely well.

“I remember Reginald D Hunter was sitting outside his dressing room and taking in the atmosphere when he said in his very dry Deep South accent: ‘This is weird, man, but it’s great’ — and I think that sums it up perfectly.

“I have the somewhat challenging job of trying to see a bit of everything every night, just to get an idea of how people are reacting, and I’m especially proud of the comedy so I try to see as much as I can, though inevitably I miss some acts. I saw enough last year to know we’d made the right decision.”

Looking at the list of acts booked to appear at the festival’s Salon Comedy Club, who is Mr Collins most looking forward to seeing?

“This year’s formula should work well as we’ve got two very well-established comedians every night, as well as a triple-bill of younger acts — some of whom are becoming well-known.

“Stephen K Amos is doing lots on TV and radio while Matt Forde was a huge success at Edinburgh last year — he is a political comedian so he’s had plenty of material to work with over the past 18 months!

“I’m very glad to be bringing Sara Pascoe to Henley as she’s a great comedian and actress while Andy Parsons is well-known from his appearances on Mock the Week.

“I’m probably most excited about the Radio Active comedy team as I saw them at Edinburgh last year and they staged a brilliant recreation of the original radio series. Their comedy style is so well-known and it’s great to see it brought to life in front of you.

“Nish Kumar is brilliant as well — I’ve seen a lot of great stand-ups over the past year but he is probably the best in the country at the moment. I’m very keen to get as broad a mix as possible, from stand-up to sketch and musical comedy. We don’t have any musical comedy this year and I’d like to change that for next year.”

For more on this year’s festival and to book, visit www.henley-festival.co.uk