...and he's bringing some friends to have a laugh with 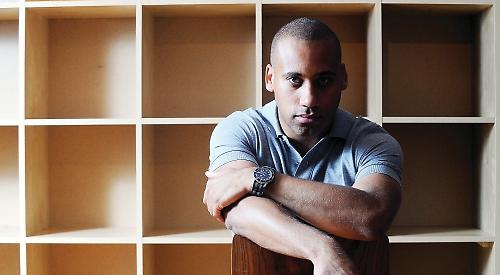 All four are well known to each other from the stand-up comedy circuit, with Ignacio describing the show as “a good chance to get together with friends and have a good time”.

Here he gives the lowdown on his colleagues...

Recently hand-picked to support Reginald D Hunter on tour, Chris is taking the comedy scene by storm with his mix of lighthearted anecdotes and cultural satire.

After going viral last year, Chris’s popularity has rocketed and you can now see him performing in all of the major UK comedy clubs.

Says Ignacio: “I was in the final of a stand-up comedy competition back in 2010 with Chris. The final was in a town called Holsworthy in Devon. After the gig all the comics stayed in the same inn. We had a lock-in and Chris and I got very drunk and ended up good friends. Which I think is the law in the UK.”

A regular headliner at Komedia, the Glee Club and multiple Jongleurs venues across the UK, Leroy has also appeared on BBC Wales. With a unique take on family life and everyday struggles, Leroy’s easygoing stage presence and slick delivery leave a lasting impression.

Says Ignacio: “Leroy I met not long after I started. We work together a lot since I moved to Cardiff a year ago and I helped him move house recently — which was an event that generated a lot of material that we’re fighting over who gets to use!”

A stand-up comic, TV presenter and radio personality, Simon works live all over the UK and Europe, appearing at most of the top clubs.

His manic energy, quick wit, far-flung observations and abstract delivery of ridiculous punchlines make him a firm favourite wherever he goes.

Says Ignacio: “Simon and I go back to my first ever gig. He’s one of my closest friends but our comedy couldn’t be more different. He’s absurdly physical on stage and very surreal with his humour, even his more observational stuff.

“He’s a Swansea comic who went to Scandinavia for a few years and kickstarted Norway’s English language comedy scene, which has really helped his delivery as he had to be understood to be laughed at.”