Stand-up has been in 'the thick of it' 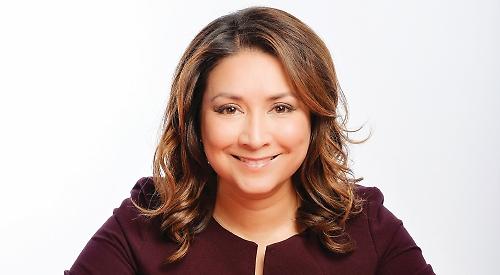 WITH just under a month to go until the June 8 general election, many people have already had enough of politics.

But a stand-up comedian coming to Norden Farm Centre for the Arts in Maidenhead probably isn’t one of them.

Ayesha Hazarika has returned to her comedy roots after working as a special adviser to Labour Party “big beasts” Gordon Brown, Harriet Harman and Ed Miliband.

Now she is bringing her stand-up show State of the Nation — subtitled “Politics, power and how we lost the plot” — to the Altwood Road venue on Saturday, May 20, at 8pm.

Awarded an MBE for political service in the 2016 New Year Honours, Ayesha started her career as a comedian playing clubs across the country.

She then took what she thought was a natural diversion into the Labour Party — and ended up working with some of its biggest names.

Her one-woman show Tales from the Pink Bus was a sell-out hit at the 2016 Edinburgh Festival.

Ayesha is in huge demand on TV and radio and has recently guest-starred on Matt Forde’s Unspun on Dave.

Since leaving frontline politics Ayesha has also become a highly sought after commentator, writing for the Financial Times, Guardian, Evening Standard, New Statesman and Grazia among other leading publications.

In her new show, Ayesha lifts the lid on what life’s really like behind the scenes at Westminster and asks what’s next for British politics. Writing in the Evening Standard on Tuesday ahead of two midweek show’s at London’s Soho Theatre, she recalled the loss of her “cherished” special adviser role following Labour’s catastrophic 2015 election defeat.

“It’s the comedy comeback nobody wanted, to be honest — myself included — but that’s what happens when you lose elections and you need a job.

“The last two years have been tough. In the beginning, you massively style it out. There’s all this talk of how you’re really ready for a new holistic experience involving stuff such as Bikram yoga, turmeric coconut yoghurt and mindfulness.

“But before you know it, you’re going out of your mind rowing with Corbynistas on Twitter and shouting at The Daily Politics in your pants. You vow to get dressed after Homes Under the Hammer but it’s another broken promise to add to the list.”