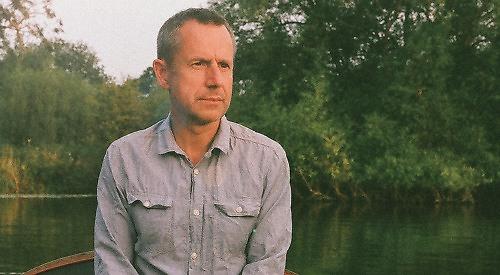 HE may have once stood up to the might of Israel’s army while making a documentary, but Jeremy Hardy’s political ire is of a more nuanced, measured and personal stripe these days.

For his current live show, he feels as though his act and material are a fair reflection of what’s going on in the country just now.

“There isn’t a driving sense of rebellion, everything is so disparate now. When I started comedy there was a real sense of polarity — you had Thatcher and the miners and you took sides. But now people are voting on different issues and it’s all over the place. A lot of my demographic is quite weary. I feel like I’m entertaining the troops who aren’t that confident about whether they’re going to survive the war.”

And entertain them he most certainly will. Now in his fourth decade of a successful stand-up career, the hilarious Hardy is one of Britain’s most critically lauded comics.

Rising through the vibrant “alternative cabaret” scene of London in the early Eighties, he won the prestigious Perrier Award at Edinburgh in 1988, has become a fixture on Radio 4 through shows such as The News Quiz and Jeremy Hardy Speaks to the Nation, and his membership of the legendary I’m Sorry I Haven’t a Clue team has brought him before a whole new live audience with its touring show.

Hardy has also appeared on film opposite Robert “Twilight” Pattinson in 2011’s How to Be, while the aforementioned encounter with the Israeli army was in 2002’s fittingly titled documentary, Jeremy Hardy vs the Israeli Army.

This diverse CV now means that an audience at a Jeremy Hardy show could be there for a variety of reasons.

“I never quite know who the audience is,” he admits. “You’ll get some Radio 4 listeners who are conservative, though quietly so, and some people come along because they’ve seen a leaflet. Others might have heard me on I’m Sorry I Haven’t a Clue which has almost no politics whatsoever but they’ve heard me singing one song to the tune of another and that’s what they think I’ll be doing.”

What Hardy will certainly be doing for this show is taking the political temperature of the nation, albeit through a more personal lens. “I am talking about politics but more about how these things impact on me and affect me emotionally in terms of feeling bewildered and battered by them. I’m not trying to sound like an authority and people don’t need to bring notebooks to the show — it’s much more the ramblings and discontents of a person in the back half of life.”

One thing not to expect from a Jeremy Hardy show is a swathe of material about the whys and wherefores of social media. While being far from a luddite — he will switch on his TV for news and documentaries but has opted to sidestep “watercooler” shows such as Game of Thrones and Breaking Bad — Hardy is less than enthusiastic about modern communication tools such as Twitter.

“I think it’s peaked because there’s just too much of it and you end up following too many people and you can’t keep track of stuff unless you’re sitting there on it for hours every day.

“So unless someone happens to be looking at that space on their computer at that particular second, they’re not going to see what you’ve written.”

In such a disparate and overly fluid world, trying to work on stage with references that everyone will understand is increasingly more of a challenge.

“Finding things that everybody has experienced is difficult and that has driven me towards the more personal.

“So the reason I’m talking about family and death and emotion and grief is that everybody knows what these things are, whereas if you’re talking about a soap opera or a film, not everybody will have seen it.

“Celebrities used to be Paul Newman and Brigitte Bardot and Twiggy, whereas now they’re somebody who popped up on something once and then they do the thing in the jungle with Ant and Dec.

“One of the reasons I talk more personally now is that things are so diffuse. It’s harder to find the universal.”

Some crowds might go to a stand-up show to have the world put to rights and to leave the venue armed with answers on how to navigate the crazy outside world. A Jeremy Hardy show might have looked and felt like that once upon a time, but he’s now a more reflective and realistic soul.

“I try to do a show that isn’t just me banging on about my point of view. I try to let people know that I’m also bewildered about things, that I don’t have any solutions and that I’m just trying to make sense of it myself.

“I think that’s the best way to be a comedian because a large part of humour is wrestling with things and having coping strategies. Certainly, I don’t know what to think about anything right now but that’s partly about getting older and getting less confident in what you think about things.”

Amid all the confusion and bewilderment Jeremy Hardy — and his audience — feels, he will ultimately still find room to be positive within his show.

“I’m trying to break down the negatives such as the fear of migration and refugees and this siege mentality that has been built up about how we’re supposedly under threat. I’ll chip away at that in a perky way — there’s a bit of the indefatigable wartime spirit about me.”

⚫ Jeremy Hardy is playing the Beacon in Wantage tomorrow night (Saturday) and the Corn Exchange in Newbury on Saturday, October 21. For more information — including all tour dates — and to book tickets, visit www.jeremyhardy.co.uk/tour