Comedian wants to make an impression 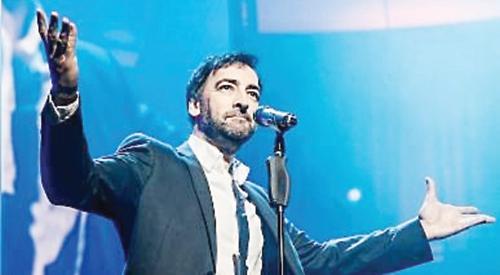 THE chance to enjoy an audience with Alistair McGowan is on offer at the Watermill Theatre in Bagnor.

The fund-raising event, which has been organised as part of the venue’s 50th anniversary celebrations, takes place on Wednesday, November 1, at 2pm.

It follows the success of “An Audience with Joanna Lumley” earlier this month.

His visit to the Watermill will see him talk about his life and performing as “First Voice” in the theatre’s forthcoming production of Under Milk Wood by Dylan Thomas, which runs from Wednesday, October 25, to Saturday, November 4.

McGowan will also share insights into his varied career in television, theatre, radio and his more recent success as a pianist.

After leaving the Guildhall School in 1989, he began working as a stand-up comedian and continues to perform around the country — most recently touring with Jasper Carrott after the pair met backstage at the Henley Festival. A few years later McGowan began providing voices for the iconic show Spitting Image and then from 1999 to 2004 he went on to have his own BAFTA-winning comedy series on BBC One.

Tickets for “An Audience with Alistair McGowan” are £25 and include tea and cake, which will be served in the bar after the event.

The Watermill’s restaurant will be open from noon for lunch and reservations should be made at the time of booking tickets.

The comedian has appeared in many Radio 4 sitcoms and sketch shows, which can still be heard on 4Extra

He has also written three radio plays — about composers Erik Satie and John Field and, most recently, The ‘B’ Word, which centres on the relationship between George Bernard Shaw and Mrs Patrick Campbell.

His extensive work in theatre has seen him perform at Chichester Festival Theatre, for the RSC and in London’s West End — in musicals, comedies, straight plays and Gilbert and Sullivan.

McGowan has also directed for theatre, and has devised stage shows about Noel Coward and Erik Satie — the latter, to his delight and surprise, securing him his own piano album, which was released in September.