Theatre has plenty of laughs lined up 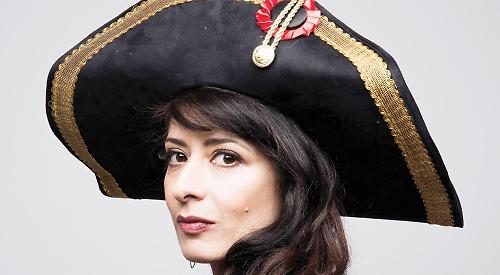 THE Kenton Theatre is bringing some of the country’s best and most promising comedians to Henley in the coming months — starting next Friday (November 17) with the latest Comedy at the Kenton evening.

Since this February the New Street venue has been hosting regular Friday comedy nights featuring three stand-ups, with tickets priced at just £11.

Next week’s show features We Are Klang star Steve Hall, praised by Time Out for his “deadpan brilliance” and BBC Radio New Comedy winner Steve Bugeja, fresh from sell-out runs at Edinburgh and the Leicester Square Theatre.

The following Comedy at the Kenton event takes place on January 26 and is headlined by former Xtra Factor host Matt Richardson, who is joined by Mock The Week writer Tania Edwards and BBC Three regular Kieran Boyd, described as “impressively funny” by The Scotsman.

In February Live at the Apollo star Shappi Khorsandi returns to the Kenton after last year’s sell-out with her new show Mistress and Misfit, a typically hilarious look at the life and times of Emma, Lady Hamilton.

In March Celebability host Iain Stirling, who made a big splash this summer with his very funny commentary as the voice of Love Island, comes to Henley the week after headlining at the Eventim Apollo and in the wake of a sold-out three-week run at Edinburgh.

And in April Richard Herring, star of Radio 4’s Relativity and lauded as “the best comedian of his generation” by GQ magazine, makes his Kenton debut with his new show Oh Frig, I’m 50!

Kenton programming director Tom Ryan said: “We’ve had a really nice response for Comedy at the Kenton so far, including lots of people who hadn’t been to the theatre before, and we’re delighted to be bringing up and coming stand-ups like Tania Edwards and Jack Barry alongside some of the best comics around in Dara O’Briain, Shappi Khorsandi and Richard Herring.”

Box office times are 11am to 3pm on weekdays and 10am to 1pm on Saturdays.