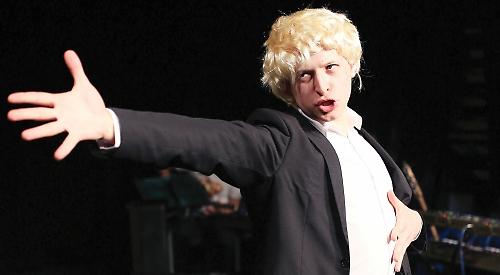 PERFORMING artists of all stripes are being invited to take part in Oxford’s 2018 Offbeat Festival.

Running from June 22 to 30, Offbeat 2018 will see more than 50 performances across six stages — and for the first time will incorporate Oxford Playhouse’s 640-seat auditorium.

Launched in 2016, Offbeat was born to bring a mini Edinburgh Festival to Oxford. Last year’s event nearly doubled the audience from the inaugural year to more than 2,600, with performance highlights including Boris the Musical, comedians Mark Thomas, Chris Coltrane and BBC 4’s Viv Groskop.

The 2018 festival is being organised by the Playhouse in conjunction with Oxford’s Old Fire Station venue.

A spokesman for the organisers said: “Now in its third year, this vibrant festival at the heart of Oxford showcases the best in fringe theatre from across the UK over nine action-packed days.

“The festival aims for at least a quarter of the programme to be from local artists and companies, and all the performances are of works never before seen in Oxford.

“The vast majority of the tickets will be priced at £10 or less, allowing as many people as possible to access this hugely exciting festival.”

Old Fire Station director Jeremy Spafford added: “We love Offbeat. It is a moment when two great organisations come together to bring some of the best small-scale contemporary work to Oxford audiences. We’re hoping even more artists apply this year because we want this festival to grow and grow.”

Oxford Playhouse director Louise Chantal said: “Offbeat really has grown fast to become a significant event in the calendar for theatremakers in Oxfordshire and beyond. It’s thrilling to introduce such a range of brand new performance to our city.”

Applications to take part in Offbeat 2018 are now open.

Oxford Playhouse and Arts at the Old Fire Station are inviting performers from across the country to apply and everything from work in progress to established productions will be considered.

To apply to take part please visit www.offbeatoxford.co.uk/apply and submit your application before Tuesday, January 30.