Student comedians are just so ‘Wasted’ 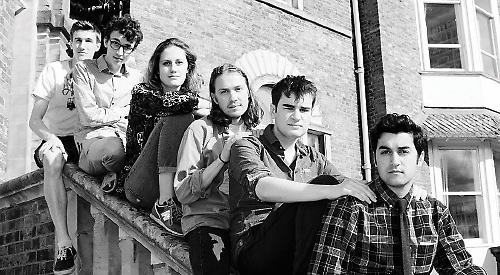 THE Oxford Playhouse will be showcasing some of the nation’s top student comedy talent next Friday (May 25).

The inimitable Cambridge Footlights and the multi award-winning Durham Revue will each perform a raucous set, followed by the world premiere of Wasted — the Oxford Revue’s touring show exploring the absurdity, soddenness and desolation of today.

The Oxford Revue is the University of Oxford’s premiere sketch and
stand-up group, boasting such alumni as Rowan Atkinson, Sally Phillips, Al Murray and Michael Palin.

The Cambridge Footlights, the world-renowned comedy troupe who produced such talent as Fry and Laurie and Emma Thompson, will also be performing, alongside the acclaimed Durham Revue, whose previous stars include Ed Gamble and Jeremy Vine.

Don’t miss your chance to catch the rising comedy stars of the future in action.

The show starts at 7.30pm and is recommended for ages 16 and up.

Tickets for The Oxford Revue: Funny Friends at the Oxford Playhouse are priced from £10 to £20 with discounts available.

For more information and to book, call the venue on 01865 305305 or visit www.oxfordplayhouse.com