Frankenstein Q&A is a monstrous undertaking 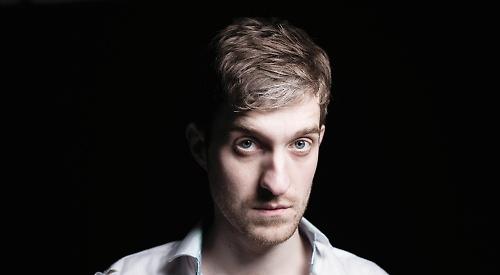 IN the early 19th century, an ambitious young Genevan scientist is attempting the impossible — to build a living, breathing creature from scratch.

His “masterpiece”, however, turns out to be an abomination: a hideous, murderous monster who torments — and eventually destroys — his creator.

First published in January 1818, Mary Shelley’s Frankenstein has more than taken on a life of its own in the intervening 200 years.

Now it has been adapted by the 2015 Edinburgh Comedy Award nominee and BBC Radio 4 star Joseph Morpurgo.

He brings his ground-breaking, boundary-smashing nine-hour adaptation to Reading’s South Street Arts Centre next Friday (June 8) — or does he?

Boldly taking audiences on a journey into the dark and strangely tormented world of seethingly ambitious actors, Morpurgo’s new show Hammerhead is conceived as the Q&A session that follows the “monster” version of Frankenstein outlined above.

A spokesman for the show said: “Fortunately, audiences don’t have to actually sit through the nine-hour show itself! With hilarious anecdotes and insights into the mind of the kind of actor who would take on such a role, this is a production that uses audiovisual aids and audience participation in ways never seen before.”

Morpurgo will be on stage together with surreal set-pieces, vivid comic writing, multi-media and of course monsters!

Before getting to grips with Mary Shelley’s most famous creation, the 30-year-old spent more than his fair share of time in the company of her 19th century contemporary, Jane Austen.

As a founder member of the award-winning ensemble Austentatious he spent seven years touring a show where they improvised a story in the style of Jane Austen from ideas given to them by the audience.

Does his performing CV mean that Morpurgo would like to travel back to that time period if he had the chance? “Well, yes and no,” he says. “The idea of going back to the past to see your relatives... well, those it would be good to touch base with. But meeting someone famous, no — the thought of it would probably result in stomach knots.”

A master of improvisation he may be, but Morpurgo came to acting quite late and it was only while studying at Oxford that he first joined an improv group. As well as his work with Austentatious, to which the Times awarded a five-star review, he has also guest-performed with the Comedy Store Players and Improbable.

His debut Radio 4 show Joseph Morpurgo’s Walking Tour aired in November and his other broadcast credits include Harry & Paul’s Story of the 2s (BBC Two), Murder in Successville (BBC Three), and The World of Simon Rich (Radio 4).

His previous stage shows include Soothing Sounds for Baby, which was named Time Out magazine’s number one show of 2015, in which he inserted himself into an episode of Desert Island Discs; 2014’s Odessa, in which a found VHS tape is used as the jumping-off point for a comic murder-mystery; and 2013’s Truthmouth, a one-man sketch show based around plundered stock images.

Asked who his comedy heroes are he cites people like Armando Iannucci and Chris Morris — especially when they take on more than one character in their act.

Morpurgo adds that the best advice he ever received was from his Austentatious colleague Cariad Lloyd, though she may have got it from Sara Pascoe. “Work really hard at what you do, because you get out what you put in — or you’ll never be good.”

The nationwide tour of Hammerhead follows sell-out runs at the Edinburgh Festival Fringe and the Soho Theatre.

With the tour now nearing its end, Friday’s visit to the South Street Arts Centre is followed by a special one-off performance at the Southbank Centre on Thursday, July 5.

Tickets are £14 and the show is recommended for ages 16 and up.