Funnyman will make a good impression at Phyllis Court 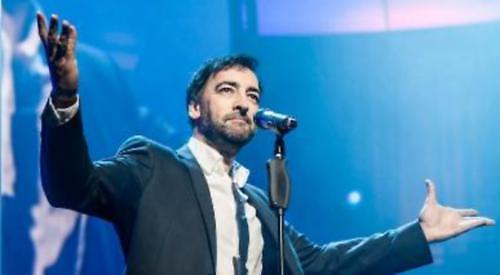 IMPRESSIONIST turned classical pianist Alistair McGowan is teaming up with the Henley Festival for a one-off concert at Phyllis Court Club.

The funnyman is bringing his touring show “Introductions to Classical Piano” to town on Saturday, April 13, at 6.45pm. As reported last week, he will play Norden Farm in Maidenhead on May 9.

A Henley Festival spokesman said: “Alongside tracks from his album, Alistair will play some other short classic piano pieces, from Gershwin to Grieg, Mompou to Mendelssohn and Satie to Schubert.

“Join Alistair as he talks a little about the history of each piece, the composer and his own connection to the music. Expect a lot of beautiful music — with the odd mistake! — some interesting stories and a sprinkling of his trademark impressions.”

Now 54, McGowan reignited his passion for playing the piano in his late 40s, having not touched the instrument since he was in primary school.

He said: “I hope this show introduces people to some wonderfully romantic music and demonstrates to anyone who harbours a secret ambition to take up music, that it really is never too late!”

The show’s unique selling point is that it is possibly the first ever to mix impressions with classical music, but where did the idea to do this come from?

“So many friends said I should do it but I never thought it would work,” admits McGowan. “In the end I started to think they might be right and that it would be something unique and original, provoking both laughter and a lump in the throat, if I could pull it off.”

What has the audience response been like so far? “They really seem to like it. I was very pleasantly surprised! But I know when I go to see a classical piano recital sometimes I yearn for a few words — not to mention jokes and impressions — to break up the music and therefore to make the music more impactful. People like taking away a few nuggets of information too.”

What prompted him to go from playing piano in his living room to performing in front of an audience?

“An inherent masochism! I think it was also the ultimate way of making me get a piece right rather than just thinking ‘That’ll do.’ And, above all, I wanted to introduce people to some wonderful music and encourage them to play it. It feels good when you get it right! And you don’t have to play the hardest stuff to make a good sound and to be able to express yourself.”

Most people will know McGowan from his BAFTA-winning BBC One show The Big Impression. When did he first realise he was good at imitating people’s voices?

Do you have any favourite impressions that you do in the show? “Dr Michael Mosley and Roger Federer — I dread him retiring!”