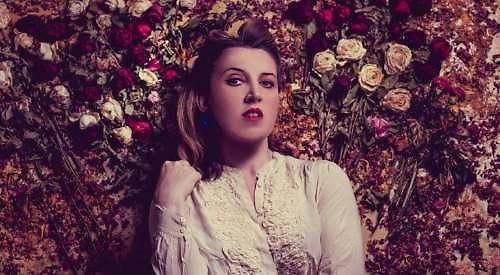 SHE’S one of the stars of BBC Radio 4 political comedy, having lit up The News Quiz and Where’s the F in News?

Her 2017 Edinburgh show People Pleaser put her on the Sunday Times’s list of “top 10 female stand-ups to watch” — something that Henley Festival-goers will have a chance to do on Wednesday night (July 10).

Following on from performances by Ed Byrne at 7.30pm and Luke Kempner at 9.15pm, Eleanor will be sharing a 10.45pm double bill in the Salon Comedy Club with fellow comic Steve Bugeja.

So what can the audience expect from her show?

“Silly stories and gags about renting my house-share in London. Some stuff on Brexit. And a fun story about dealing with London’s Metropolitan Police,” she says.

Eleanor regularly writes opinion pieces for the Irish Times and has also written for the i newspaper.

Did she ever think about making journalism her career?

“I did try other jobs but once I started to do stand-up it became clear to me I couldn’t go back. I take my hat off to the many people who show up every day to the office and do jobs they don’t love. It must be so hard to deal with office politics. Keep up the good work everyone!”

When did she first discover her talent for comedy and acting?

“I did have an absolute blast in an early school production of a play called The Wizard Who Hated Christmas. I was cast as the bad-tempered wizard and though initially disappointed that I wasn’t getting to play the hero of the piece I realised very quickly that the audience enjoy the bad guys in a production and they can be equally loved by the audience — sometimes even more so. It was quite the awakening!”

Who were her inspirations growing up? “I enjoyed Dylan Moran a lot but UK comedy also has so many incredible figures to take inspiration from. Jennifer Saunders and Dawn French, The Young Ones and Stewart Lee and Richard Herring were all very much people I looked up to. I’m also a huge fan of American stand-up comedy, including Maria Bamford.”

What’s the best showbiz-type advice she has been given?

“When I was starting out a comedian told me once that stand-up comedy was about learning how to die gracefully. It has been a great thing to refer back to over the years. Not that you ever set out to do a bad show. It’s more about putting yourself completely in the audience’s hands and accepting their judgment good or bad. I’m still not sure what I was doing to make that comedian come to my assistance though.”

Political satire is a big part of Eleanor’s act but if she could travel back in time is there a period she would love to go back to as a satirist?

“Well, the best time to be a satirist is when the political climate is in a fractured state, so I think the Eighties must have been a good time to be a stand-up in the UK. The alternative comedy scene was starting off which may have been a response to the leadership of Margaret Thatcher. However, I think I’d miss finding out how that current debacle we are in ends, so I’d not swap that for anything.”

Having performed all over the world, does she find that the audience’s sense of humour varies according to the location?

“I think it does. Some places have a darker sense of humour than others. In recent times, though, I’ve noticed the dividing line being more of an urban-rural one rather than between different countries. Cities usually enjoy political material while country locations seem to favour both comedy that is universal and about the locality.” Is there anywhere she’d especially like to do a show in future?

“I’ve already performed in America but I’d still like to do more there. I’d love to perform a full show in New York.”

When it comes to writing her material, does Eleanor find she needs to wait for that nugget of inspiration or can she keep regular hours at her desk?

“To be honest I don’t think I ever really switch off from writing. I’ll always have an alertness for an idea or a funny scenario. Then you can spend a train or bus journey mulling the best way to deliver it over in your mind. It makes me very bad company though on social occasions. Someone can be telling me a story and I’m miles away trying to work out the ending for a joke. So far I’ve not lost friends over it, thankfully.”

For more information and to book, visit www.henley-festival.co.uk