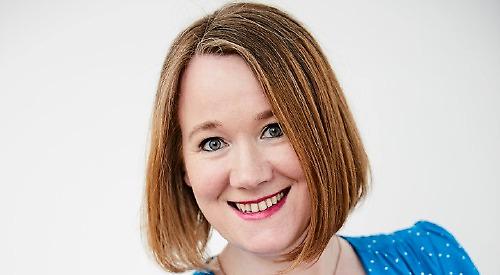 A CAVERSHAM man who survived a brain tumour and a “shy Tory” comedian are among the performers heading for this year’s Reading Fringe Festival.

The event, which starts today (Friday), runs until Sunday, July 28, and features everything from an orchestra at Reading Station and a puppet bus on Broad Street to yoga at the Abbey Ruins and live music at the Oracle.

A year and a half ago, Martyn “Eek” Cooper was featured on the front page of the Christmas edition of the Henley Standard after coming through a life-saving operation to remove a brain tumour the size of a tennis ball.

The former nurse said he had returned to performing as soon as he could.

Now he is looking to put the humour back into tumour with his “four person, one man” show titled Too Busy Living To Be Dying.

The After Dark nightclub in London Street is the venue for the one-hour show, which is billed as “hilarious adventures with cancer, death and incontinence”.

A spokesman for the show added: “Too Busy Living To Be Dying is full of sing-along tunes, ridiculous stories and the power of a positive attitude.”

The show starts at 6pm and is recommended for over-18s. Tickets are £8, which includes free entrance to the After Dark club night afterwards.

On Monday (July 22), Reading Minster is the venue for A Change Is Gonna Come: Music For Human Rights — a collaboration between leading soul, jazz and
hip-hop stars celebrating the power of protest songs.

The 90-minute concert starts at 8pm and tickets are £12 with concessions £8.

Then on Tuesday (July 23) at 7.30pm, former Conservative Party staffer Sarah Southern will take to the After Dark stage with her new comedy show titled Tentatively Tory.

A spokesman said: “Sarah has a recurring dream of her former boss. But Sarah’s boss is former Prime Minister David Cameron.

“Having worked in Westminster for almost a decade, Sarah has always been true blue — cut her and she bleeds teeny tiny Margaret Thatchers. But she has begun to question whether she is still a Tory. Can she still vote for them now in 2019?

“This is a tale of elections, campaigning, Prime Ministers, negative equity, referendums — and why they’re her fault! — and why Cameron keeps appearing in her dreams.

“In a time of political turmoil, Sarah questions her political identity and whether she is now just tentatively Tory.”

Tickets for the show are £8. To book, visit www.
readingfringefestival.co.uk