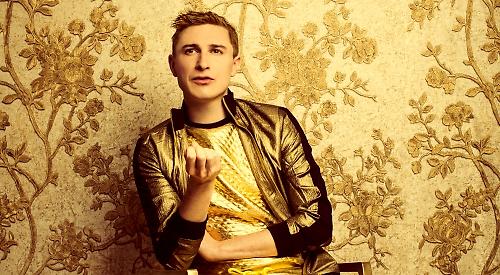 THEY say that if you want to be a famous, the hardest place to find appreciation is where you grew up, writes Peter Anderson.

Mention Cookham and famous people and most will instantly think of Sir Stanley Spencer and his religious paintings, some of which brought biblical scenes to the Berkshire countryside of his birth.

Tom Rosenthal does not spring instantly to mind yet, but he soon will.

Tom grew up in Cookham and brings his stand-up tour “Manhood” to Norden Farm Centre for the Arts in Maidenhead this Thursday (September 19).

Tom considers himself an actor-comedian and “Manhood”, the second comedy show he has written, was highly rated at this year’s Edinburgh Fringe. But what can the audience at Norden Farm expect?

“I have spent my life trying to avenge the theft of my foreskin,” says Tom. “This show is about that. I cannot express how much this show is about being circumcised. Please do not buy a ticket under any other illusion. To some it is a searing intellectual takedown of the cultural blind spot that is non-therapeutic neonatal circumcision. To others it as an hour of penis gags. To me it is a now awkward relationship with my aunt.”

Speaking of Tom’s relatives, he is the son of television sports presenter Jim Rosenthal and his wife, Christine, a former Newsnight producer.

Both his parents are descendants of German Jews, and one of his paternal great-grandfathers was the physicist and writer Oscar Levy.

With regards to his Jewish ancestry, Tom said in 2011: “I get called a Jewish comedian and I’m totally fine with that, but I can’t really inform either of the performances I’ve done this year with a Jewish background. But I have learnt a lot about the culture, and it has given me great pride to do so. It is an amazing culture to learn about.”

Though this is Tom’s first tour, he has been in stand-up for around 10 years, making guest appearances on other comedians’ television shows, including Seann Walsh’s. He is also a regular on Sunday Brunch.

In 2011 he was nominated for best breakthrough act at the British Comedy Awards, alongside Gregg Davies and Micky Flanagan, and was joint winner of the Leicester Mercury Comedian of the Year award.

If that was something of a career highlight, what does Tom enjoy away from acting and comedy?

“When I was on The Crystal Maze recently all I could think of was the afternoons spent at the Megabowl in the Cyberdrome Crystal Maze experience. How many crystals did I get? Two for two. Without doubt down to the hundreds of hours training down Megabowl.”

Tom has also appeared on Celebrity Mastermind. But what was his specialist subject?

“I was invited on and it was flags of the world, although if it was now it would be circumcision, as — if you choose to come to the show, you will find out — I know too much about circumcision.”

Last but not least, Tom has a message for Henley Standard readers.

“I just want to say Henley Standard, thank you so much for giving me a chance to sell my stand-up show in your fantastic paper. Having been raised in Cookham Dean, I know the high reputation the Henley Standard carries, and to appear within its pages is a real thrill.”

For more informatoin, including a full list of tour dates, visit www.tomrosenthal.net/dates