Daughter of party spin doctor has politics on her agenda 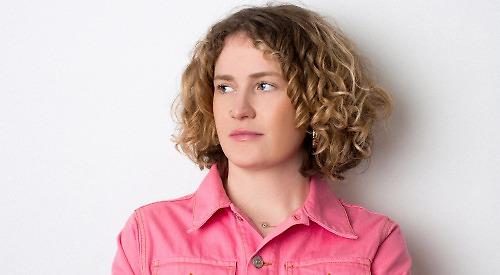 CAREER choice comes to the fore at Norden Farm Centre for the Arts in Maidenhead next Wednesday (February 26) but were you influenced by what your parents did for a profession?

Well, when your dad is Alistair Campbell, former director of communications and political adviser to Tony Blair, and your mother, Fiona Millar is a journalist and campaigner on education and parenting issues, and former political adviser to Cherie Blair, one thing is certain.

Why I’m Never Going Into Politics is Grace Campbell’s first tour after a successful debut at last year’s Edinburgh Fringe. She discovered her skill at comedy whilst starring in Channel 4’s Riot Girls, which she also wrote and produced.

Her co-stars, comedians Sophie Duker, Cam Spence and Jen Wakefield persuaded her to give stand-up a try.

Campbell says: “Their words of affirmation then, and others since, have been very important to me. There are lots of ups and downs — only recently I really felt that a show wasn’t going well, and I had lots of friends in the audience. Their view afterwards was way more positive, and that is always good.”

So, what can people look forward to from Grace’s show? Well, amongst other things, what it was like growing up and having a circle of friends her age including the children of Vladimir Putin.

It almost makes you think of the way peace was attempted in Europe by the marriage of the children from the royal families.

Campbell’s answer was unexpected. “I didn’t try,” she says. “But I did have a go at bringing the Labour party back together by chatting up Jeremy Corbyn’s son, Seb – but he didn’t fancy me!”

Someone she is hoping to meet at Norden Farm is Maidenhead MP and former Prime Minister Theresa May. One of Campbell’s current projects alongside the tour is a scripted series in development with Cuba Pictures called Promises — a comedy drama about a family in which the mother is a prolific politician.

Much like Jack and his father, Michael, she and her father, Alistair, do the podcast Dad, Football, Feminism and Everything In Between.

Campbell says she’d love to one day do a travelogue with him in future. She said: “When we both have more time, I would really love to.

Campbell has to make sure she gives herself time to write. She says: “To a point, I have a busy life and you really need space to be creative. Before now I have ended up writing until around 3am in the morning, other times I just tell people I am blocking time out of my diary.”

But she says relaxing is easier. “I am way luckier than some people I know,” Campbell says. “I can switch off. What is also essential for me is I exercise and do yoga, plus chilling out with my boyfriend and watching television.”